The authors show that the above general problem can result in a desired algorithm by selecting an appropriate loss function, kernels or spectral penalty term. For instance, the choice of the loss function ([math]\,l[/math]) defines the empirical risk, and it depends on the type of data and the final objective of the algorithm. The choice of [math]\,\Omega(F)[/math] defines the imposed constraint on the operator, e.g. the rank or the trace norm constraint. Also, this choice affects the efficiency or the feasibility of the learning algorithm. The kernel choice determines the embedding of the users and the objects in their spaces. It should be noted that, interestingly, the choice of the kernel does not affect the algorithm, though it could easily affect the running time of the algorithm. The kernel should be selected based on the available data and the problem to be solved. The authors use Dirac kernels and attribute kernels, which are applied to pairs of users/objects and to attributes, respectively. They also state that choice of kernel can lead to new methods for problem such as matrix completion, multi-task learning, and pairwise learning. 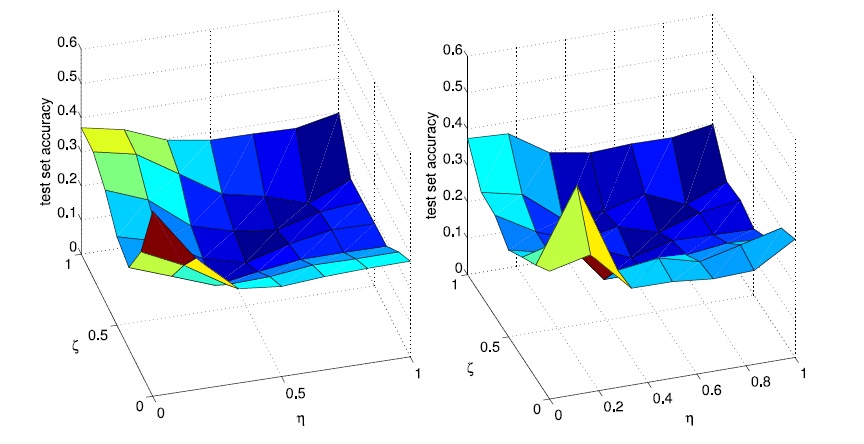