In the era of Artificial Intelligence, one should ideally be able to educate the robot about its mistakes, possibly without needing to dig into the underlying software. Reinforcement learning (RL) has become a standard way of training artificial agents that interact with an environment. Several works explored the idea of incorporating humans into the learning process, in order to help the reinforcement learning agent to learn faster. In most cases, the guidance comes in the form of a simple numerical (or “good”/“bad”) reward. In this work, natural language is used as a way to guide an RL agent. The author argues that a sentence provides a much stronger learning signal than a numeric reward in that we can easily point to where the mistakes occur and suggest how to correct them.

Here the goal is to allow a non-expert human teacher to give feedback to an RL agent in the form of natural language, just as one would to a learning child. The author has focused on the problem of image captioning, a task where the content of an image is described using sentences. This can also be seen as a multimodal problem where the whole network/model needs to combine the solution space of learning in both the image processing and text-generation domain. Image captioning is an application where the quality of the output can easily be judged by non-experts.

Above approaches mostly assume that humans provide a numeric reward, unlike in this work where feedback is given in natural language. A few attempts have been made to advise an RL agent using language.

The authors propose the Phrase-based Image Captioning Model which is similar to most image captioning models except that it exploits attention and linguistic information. Several recent approaches trained the captioning model with policy gradients in order to directly optimize for the desired performance metrics. This work follows the same line.

The captioning model uses a hierarchical recurrent neural network (RNN). Hierarchical RNN is a complex architecture that typically uses stacked RNNs because of their ability of building better hidden states near the output level. In this paper, author have utilized Hierarchical RNN composed of a two-level LSTMs, a phrase RNN at the top level, and a word RNN at second level that generates a sequence of words for each phrase. One can think of the phrase RNN as providing a “topic” at each time step, which instructs the word RNN what to talk about. The structure of the model is explained through Figure 1. 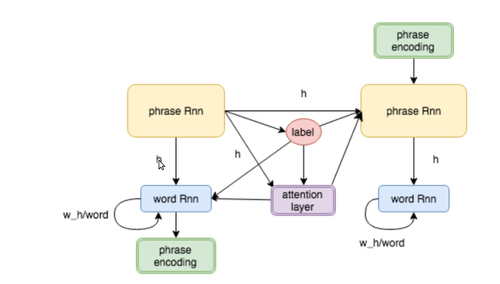 Figure 1: Hierarchical phrase-based captioning model, composed of a phrase-RNN at the top level, and a word level RNN which outputs a sequence of words for each phrase.

The authors have created a web interface that allows to collect feedback information. Figure 2 depicts the interface and an example of caption correction. There are two rounds of annotation. In the first round, the annotator is shown a captioned image and is asked to assess the quality of the caption, by choosing between: perfect, acceptable, grammar mistakes only, minor or major errors. They ask the annotators to choose minor and major error if the caption contained errors in semantics. They advise them to choose minor for small errors such as wrong or missing attributes or awkward prepositions, and go with major errors whenever any object or action naming is wrong. A visualization of this web based interface is provided in Figure 3.

Figure 2: An example of a generated caption and its corresponding feedback 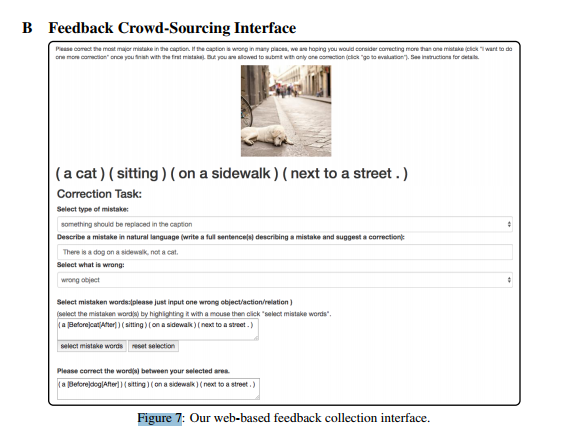 Figure 3 shows the statics of the evaluations before and after one round of correction task. The authors acknowledge the costliness of the second round of annotation.

Figure 4: The architecture of the feedback network (FBN) that classifies each phrase in a sampled sentence (top left) as either correct, wrong or not relevant, by conditioning on the feedback sentence.

One can think of a caption decoder as an agent following a parameterized policy $p_\theta$ that selects an action at each time step. An “action” in our case requires choosing a word from the vocabulary (for the word RNN), or a phrase label (for the phrase RNN). The objective for learning the parameters of the model is the expected reward received when completing the caption $w^s = (w^s_1, \dots ,w^s_T)$. Here, $w_t^s$ is the word sampled from the model at time step t.

$$ L(\theta) = -\mathop{{}\mathbb{E}}_{\omega^s \sim p_\theta}[r(w^s)] $$ Such an objective function is non-differentiable. Thus policy gradients are used as in [13] to find the gradient of the objective function: $$ \nabla_\theta L(\theta) = - \mathop{{}\mathbb{E}}_{\omega^s \sim p_\theta}[r(w^s)\nabla_\theta \log p_\theta(w^s)] $$ Which is estimated using a single Monte-Carlo sample: $$ \nabla_\theta L(\theta) \approx - r(w^s)\nabla_\theta \log p_\theta(w^s) $$ Then a baseline $b = r(\hat \omega)$ is used. A baseline does not change the expected gradient but can drastically reduce the variance. $$ \hat{\omega}_t = argmax \ p(\omega_t|h_t) \\ \nabla_\theta L(\theta) \approx - (r(\omega^s) - r(\hat{\omega}))\nabla_\theta \log p_\theta(\omega^s) $$ Reward: A sentence reward is defined as a weighted sum of the BLEU scores. BLEU is an algorithm for evaluating the quality of text which has been machine-translated from one natural language to another. Quality is considered to be the correspondence between a machine's output and that of a human: "the closer a machine translation is to a professional human translation, the better it is" – this is the central idea behind BLEU. Additionally, it was one of the first metrics to claim a high correlation with human judgements of quality [10, 11 and 12] and remains one of the most popular automated and inexpensive metrics (more information about BLUE score here and a nice discussion on it here).

The following table reports the performance of several instantiations of the RL models. All models have been pre-trained using cross-entropy loss (MLE) on the full MS-COCO training set. For the next rounds of training, all the models are trained only on the 9K images.

In the hierarchical phrase-based RNN, human involving is a key part of improving the performance of the network. According to this paper, the feedback LSTTM network is capable of handling simple sentences. What if the feedback is weak or even ambiguous? Is there a threshold for the feedback such that the network can refuse a wrong feedback? Follow this architecture, it would be interesting to see whether such feedback strategy can be applied in machine translation.

[12] Callison-Burch, C., Osborne, M. and Koehn, P. (2006) "Re-evaluating the Role of BLEU in Machine Translation Research" in 11th Conference of the European Chapter of the Association for Computational Linguistics: EACL 2006 pp. 249–256