Inductive biases are those criteria which are artificially selected or learnt by the network as a classifying/distinguishing property. It has been observed that the biases that DNNs learnt are complex composite features. We, as researchers can take advantage of the fact that DNNs learnt complex distinguishing features by constructing probe data sets which particularly target on exposing a particular bias that a DNN might have. We first take a known composite feature which we suspect the DNNs are biased against, train the model with data, and use the pre-trained model with a new data set which is specifically contain data which are on the opposite sides of the bias we suspect the DNN shows. 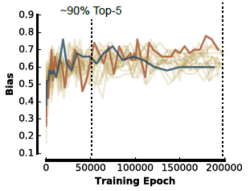 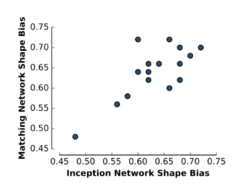