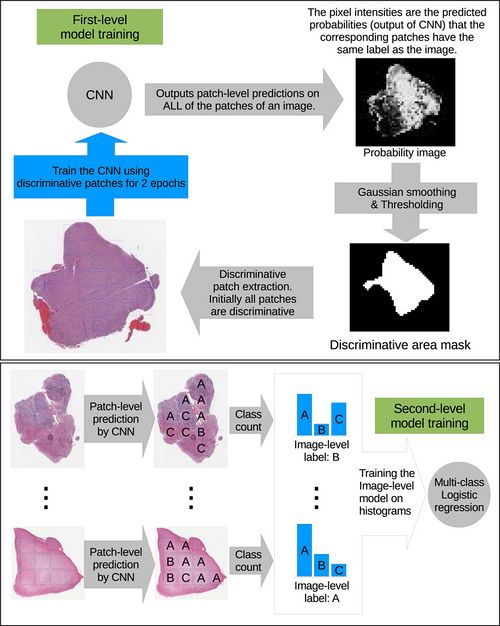 Figure 2: Top: A CNN is trained on patches and EM-based method iteratively eliminates non-discriminative patches. Bottom: An image-level decision fusion model is trained on histograms of patch-level predictions to predict the image-level label