In this paper, the authors main goal is to provide evidence that increasing the batch size is quantitatively equivalent to decreasing the learning rate with the same number of training epochs in decreasing the scale of random fluctuations, but with remarkably less number of parameter updates. Moreover, an additional reduction in the number of parameter updates can be attained by increasing the learning rate and scaling [math] B \propto \epsilon [/math] or even more reduction by increasing the momentum coefficient and scaling [math] B \propto \frac{1}{1-m} [/math] although the later decreases the test accuracy. This has been demonstrated by several experiments on the ImageNet and CIFAR-10 datasets using ResNet-50 and Inception-ResNet-V2 architectures respectively.

We can see that the Accumulation variable A, which is initially set to 0, then increases exponentially to reach its steady state value during [math] \frac{B}{N(1-m)} [/math] training epochs while \Delta w is suppressed. Moreover, at high momentum, we have three challenges: 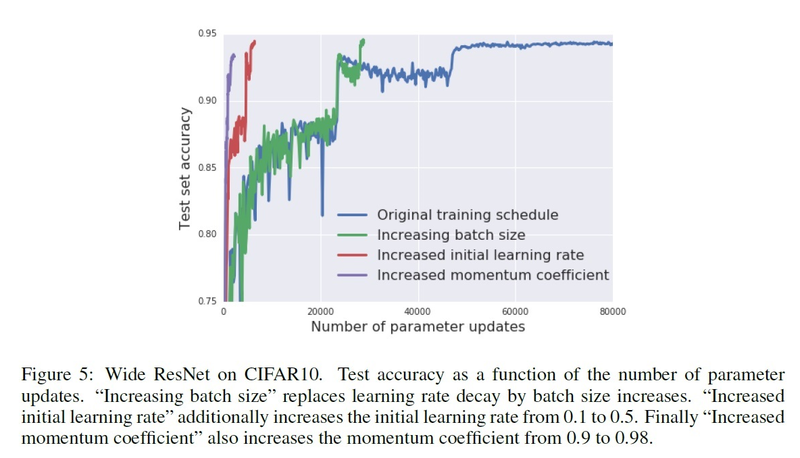