1. Neural Models for question answering: Models like coattention, bidirectional attention flow and self-matching attention build codependent representations of the question and the document. After building these representations, the models predict the answer by generating the start position and the end position corresponding to the estimated answer span. The generation process utilizes a pointer network. Another approach uses a dynamic decoder that iteratively proposes answers by alternating between the start position and end position estimates, which in some cases allows it to recover from initial mistakes in predictions.

3. Reinforcement learning in NLP: Hierarchical RL techniques have been proposed for generating text in a simulated way finding domain. DQN have been used to learn policies in text-based games using game rewards as feedback. Neural conversational model has been proposed, that is trained using policy gradient methods, whose reward function consisted of heuristics for ease of answering, information flow, and semantic coherence. General actor-critic temporal-difference methods for sequence prediction have also been experimented, performing metric optimization on language modeling and machine translation. Direct word overlap metric optimization has also been applied to summarization and machine translation. 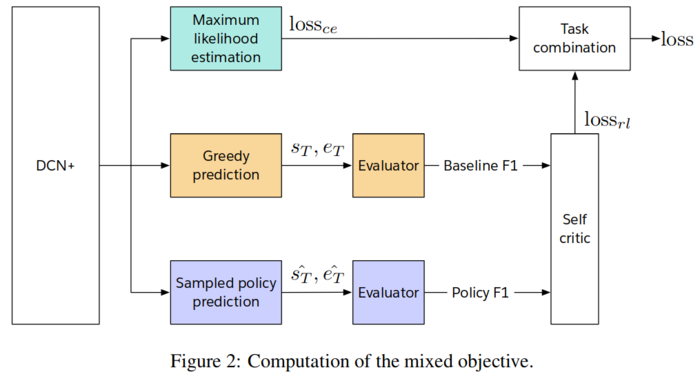