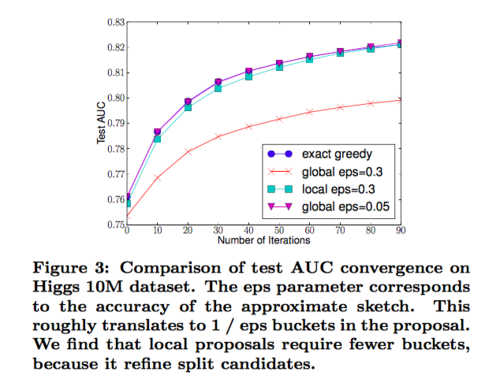 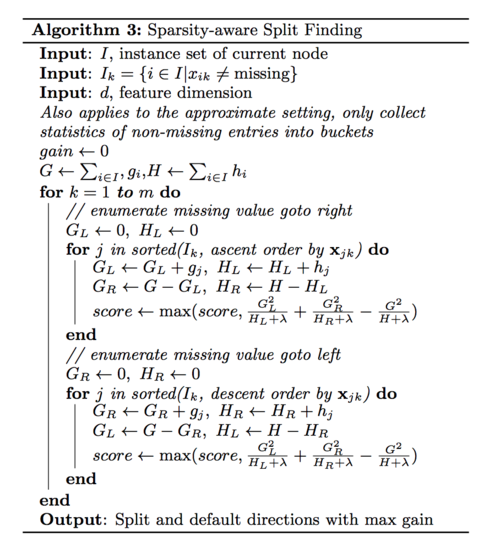 The important improvement is to only visit the non-missing entries [math] I_k[/math]. The presented algorithm treats the non-presence as a missing value and learns the best direction to handle missing values.

Overall, both XGBoost and scikit-learn performs better than R.gbm by 20% of Test AUC. In terms of time, however, XGBoost runs significantly faster than both scikit-learn and R.gbm. Note that XGBoost with column sampling performs slightly worse because the number of key features is limited. We could conclude that XGBoost using the exact greedy algorithm without column sampling works the best under this scenario.