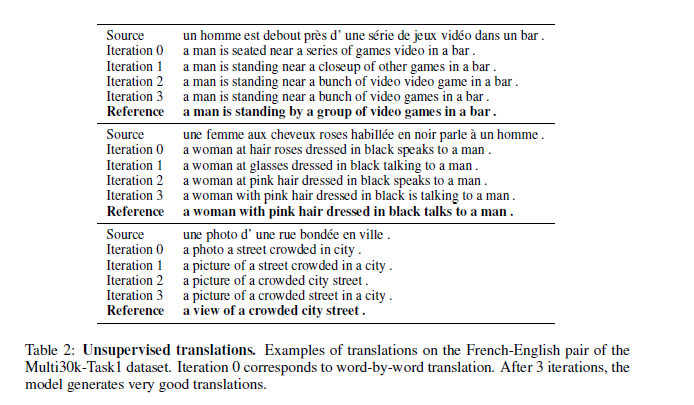 The second caveat is that the best results are attained translating between English and French, two very closely related languages, and the quality of translation between English and German, a slightly-less related pair, is significantly worse ( according to the Shorter Oxford English Dictionary, 28.3 percent of the English vocabulary is French-derived, 28.2 percent is Latin-derived, and 25 percent is derived from Germanic languages. This probably understates the degree of correspondence between the French and English vocabularies, since French likely derives from Latin many of the same words English does. ). The authors do not report results with more distantly-related pairs, but it is reasonable to expect that performance would degrade significantly, especially since Conneau et al. (2017) shows that the word-alignment scheme performs worse on more distant language pairs. This may be because there are more one-to-one correspondences between the words of closely related languages than there are between more distant languages.