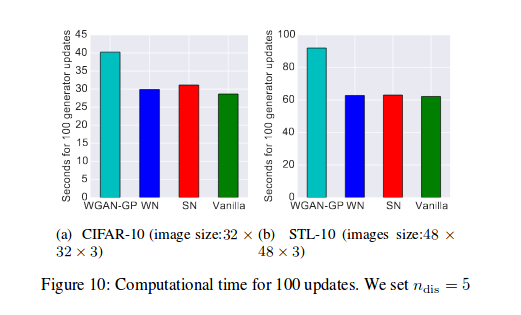 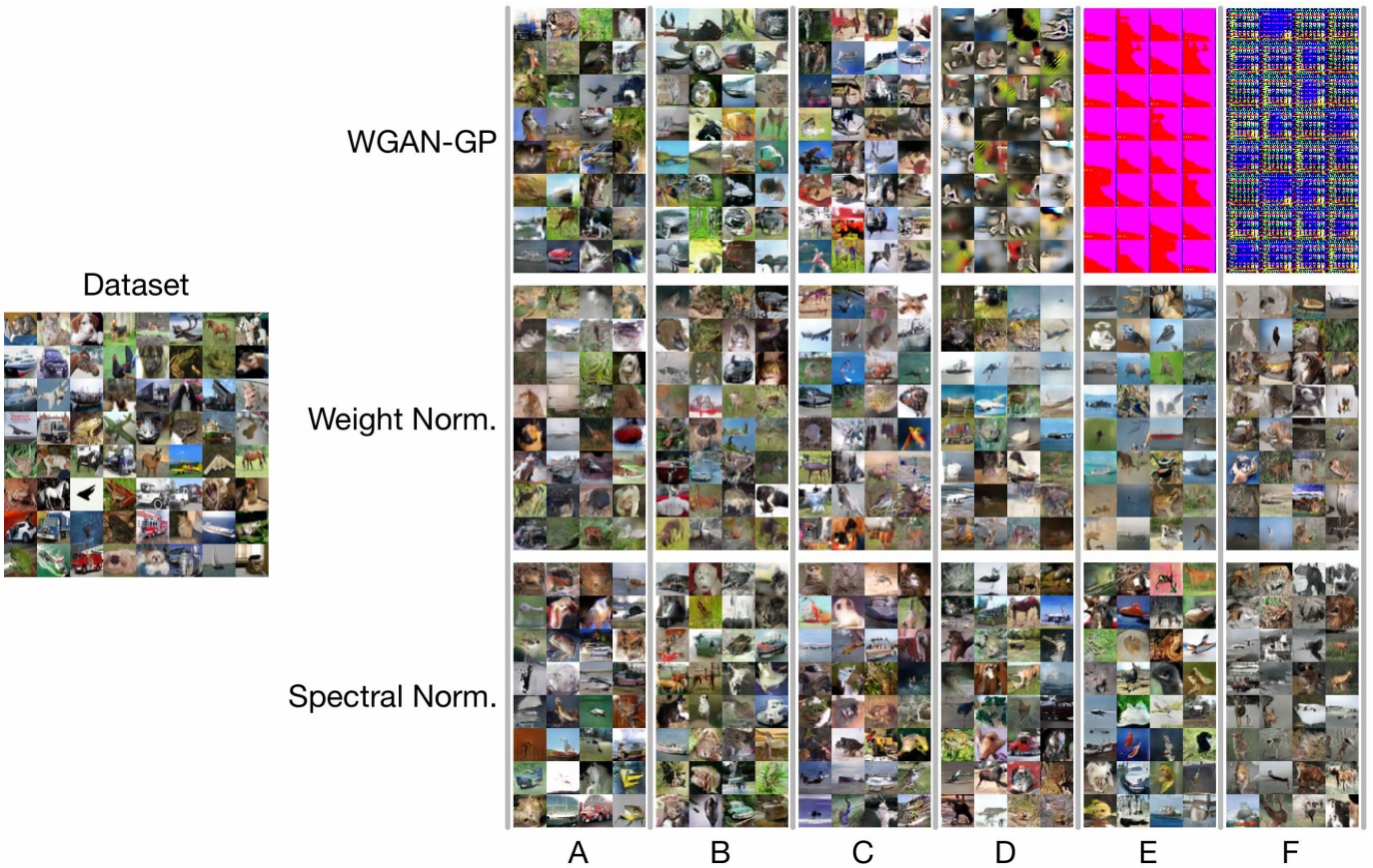 This paper proposes spectral normalization as a stabilizer of training of GANs. When we apply spectral normalization to the GANs on image generation tasks, the generated examples are more diverse than the conventional weight normalization and achieve better or comparative inception scores relative to previous studies. The method imposes global regularization on the discriminator as opposed to local regularization introduced by WGAN-GP, and can possibly used in combinations. In the future work, we would like to further investigate where our methods stand amongest other methods on more theoretical basis, and experiment our algorithm on larger and more complex datasets.