This paper dealt with two questions. The first one is how to build rich causal models with specific needs by GWAS. In general, probabilistic causal models involve a function [math]f[/math] and a noise [math]n[/math]. For the working simplicity, we usually assume f as a linear model with a Gaussian noise. However, proof has shown that in GWAS, it is necessary to accommodate non-linearity and interactions between multiple genes into the models.

The posterior of [math]\theta[/math] is needed to be calculate in order to estimate the mechanism [math]g_y[/math] as well as the causal effect [math]p(y|do(x_m), x_{-m})[/math], so that it can be explained how changes to each SNP [math]X_m[/math] case changes to the trait [math]Y[/math].

This section is the algorithm and function to implementing an implicit causal model for GWAS. 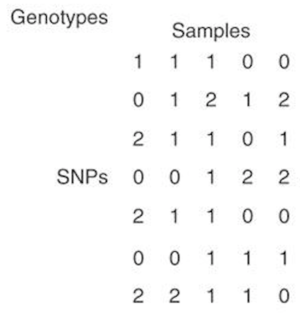 The numbers in the above table are the number of significant loci for each of the 10 traits. The number for other methods, such as GCAT, LMM, PCA, and uncorrected are obtained from other papers. By comparison, the ICM reached the level of the best previous model for each trait.