Similar to before, the interest is the causal effect [math]p(y|do(x_m), x_{-m})[/math]. Here, the SNPs other than [math]x_m[/math] is also under consideration. However, it is confounded by the unobserved confounder [math]z_n[/math]. As a result, the standard inference method cannot be used in this case. 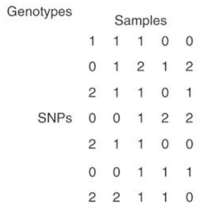 They also applied ICM to GWAS of Northern Finland Birth Cohorts, which measure 10 metabolic traits and also contain 324,160 SNPs and 5,027 individuals. The data came from the database of Genotypes and Phenotypes (dbGaP) and used the same preprocessing as Song et al. Ten implicit causal models were fitted, one for each trait to be modeled. For each of the 10 implicit causal models the dimension of the counfounders was set to be six, same as what was used in the paper by Song. The SNP network used 512 hidden units in both layers and the trait network used 32 and 256. et al. for comparable models in Table 2.

The author provides an example of an implicit causal model written in the Edward language. 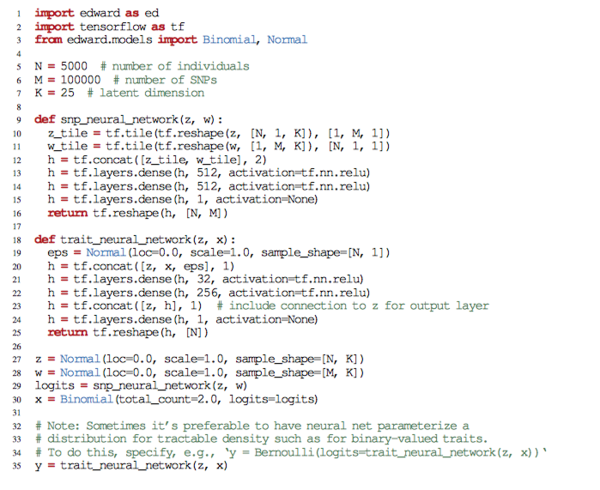