Difference between revisions of "sparse PCA"

Given [math]n[/math] observations on [math]d[/math] variables (or in other words [math]n[/math] [math]d[/math]-dimensional data points), in PCA the goal is to find directions in the space of the data set that correspond to the directions with biggest variance in the input data. In the practice each of the [math]d[/math] variables has its own special meaning and it may be desirable to come up with some directions, as principal components, each of which is a combination of just a few of these variables. This makes the directions more interpretable and meaningful. But this is not something that usually happens in the oridinal result of PCA method. Each of resulting directions from PCA in most cases is rather a linear combination of all variable with no zero coefficients. In other words, this helps perform feature selection, by selecting a subset of features in each direction.

The address the above concern we add a sparsity constraint to the PCA problem, which makes the PCA problem much harder to solve. That's because we have just added a combinatorial constraint to out optimization problem. This paper is about how to find directions in the data space with maximum variance that have a limited number of non-zero elements.

Defining [math]X=x^Tx[/math], the above formula can be rewritten as

The algorithm should iteratively create the semidefinite program (4) and solve it to obtain the next most important sparse principle component. At each iteration, if [math]X[/math] is the optimal solution of the optimization problem, we first need to obtain the solution [math]x[/math] of the corresponding problem of form (1). That will be straightforward if [math]X[/math] is of rank 1, but since we have dropped the rank constraint, this may not be true and in those cases we need to obtain the dominant eigenvalue of [math]X[/math] by methods that are known in the literature. After obtaining a (hopefully) sparse vector [math]x[/math] we replace the matrix [math]A[/math] with [math]A-(x_1^TAx_1)x_1x_1^T[/math] and repeat the above steps to obtain next sparse component values. 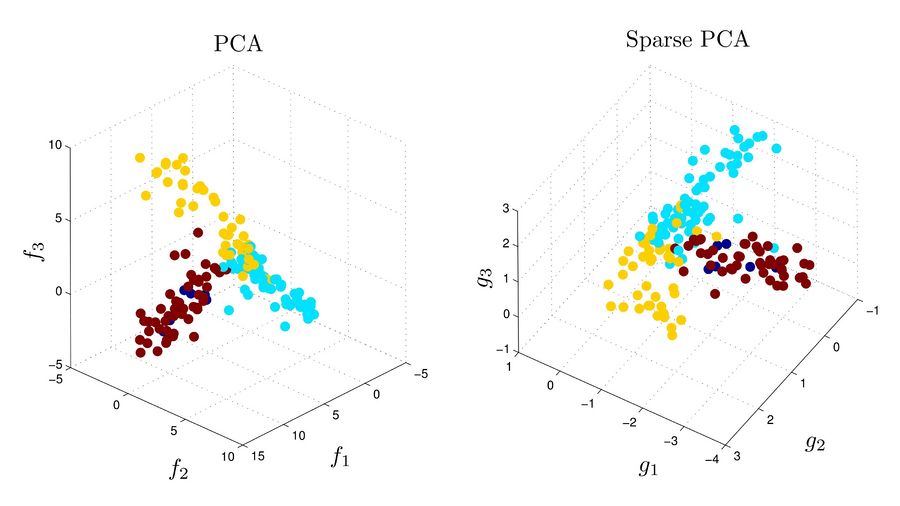 Figure 2. Cumulative cardinality and total percentage of total variance explained by the first principle components resulted from PCA, SPCA (dashed) and the method we explained with [math]k=5[/math] and [math]k=6[/math] (solid lines).
Retrieved from "http://wiki.math.uwaterloo.ca/statwiki/index.php?title=sparse_PCA&oldid=2008"