Adjusting learning is a learning paradigm the authors coined in their paper. As will be explained below, adjustment learning lies between supervised and unsupervised learning.

In the supervised learning paradigm, each data point is given with an associated label; the system learns the mapping from the set of data to the set of labels.

In the unsupervised learning paradigm, each data point is given without an associated label; the system aims to summarize how the data is organized and explain features of the data.

In the adjustment learning paradigm, each data point is associated with a label but the label is unknown. Moreover, the adjustment learning paradigm assumes that input data is naturally partitioned into small subsets, or chunklets, which are in turn subsets of equivalence classes that partition the input data. In other words, all data point in the same chunklet have the same (unknown) label; and different chunklets can be associated to the same label. The intuition behind adjust learning is that, by exploiting within-chunklet similarities, learning performance can be improved compared to unsupervised learning even when the labels are not given. 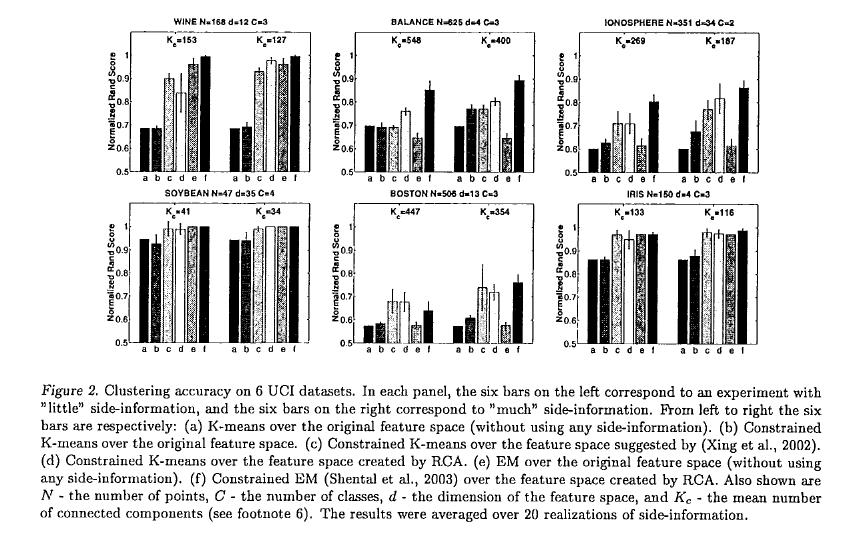