This paper proposes a new hybrid architecture that consists of a deep Convolutional Network Part-Detector and a part-based Spatial-Model. In other words, a deep convolutional neural network is combined with a graphical models, in order to capture the spatial dependencies between the variables of interest which is done using a joint-training process. This combination and joint training significantly outperforms existing state-of-the-art models on the task of human body pose recognition.

Rather than adding each set of gradients from the stochastic batch process separately, a velocity vector is instead accumulated at some rate [math]\,\mu[/math] so that if the gradient descent process continuously travel in the same general direction, then this velocity vector would increase over each successive descent and travel faster towards that direction than conventional gradient descent. This should increase the convergence rate and decrease number of epochs needed to converge to some local minima. Nesterov momentum does make one modification and that is to correct the direction of the velocity vector with [math]\,\epsilon\triangledown f(\theta_t+\mu v_t)[/math] not at the current position, but at the future predicted position. The difference can be seen in the figure<ref> Ilya Sutskever, James Martens, George E. Dahl, and Geoffrey E. Hinton. On the importance of initialization and momentum in deep learning. In Proceedings of the 30th International Conference on Machine Learning, ICML 2013, Atlanta, GA, USA, 16-21 June 2013, volume 28 of JMLR Proceedings, pages 1139–1147. JMLR.org, 2013. </ref>: 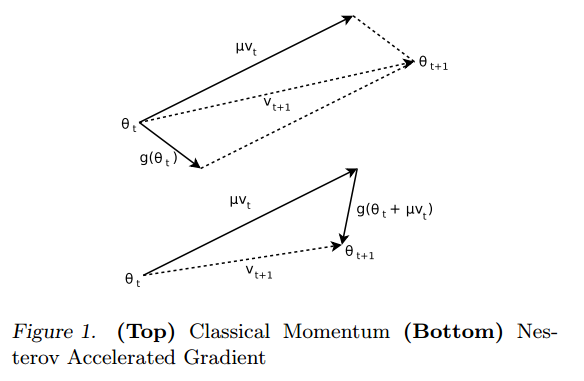 They use a Mean Squared Error (MSE) criterion to minimize the distance between the predicted output and a target heat-map. At training time they also perform random perturbations of the input images (randomly flipping and scaling the images) to increase generalization performance.

The convolution sizes are adjusted so that the largest joint displacement is covered within the convolution window. For the 90x60 pixel heat-map output, this results in large 128x128 convolution kernels to account for a joint displacement radius of 64 pixels (padding is added on the heat-map input to prevent pixel loss). The convolution kernels they use in this step is quite large, thus they apply FFT convolutions based on the GPU, which is introduced by Mathieu et al.<ref> Mathieu M, Henaff M, LeCun Y.Fast training of convolutional networks through ffts arXiv preprint arXiv:1312.5851, 2013. </ref>.The convolution weights are initialized using the empirical histogram of joint displacements created from the training examples. Moreover, during training they randomly flip and scale the heat-map inputs to improve generalization performance.The motivation for this approach is that using multiple scales may help capturing contextual information. 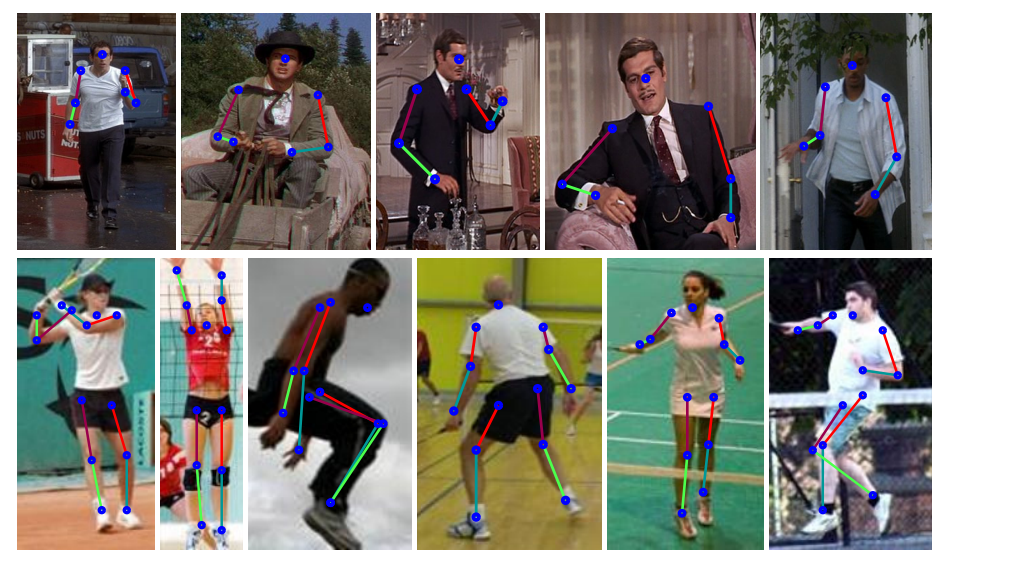 In this paper a one step message passing is implemented as a convolution operation in order to incorporate spatial relationship between local detection responses for human body pose estimation.This paper shows that the unification of a novel ConvNet Part-Detector and an MRF inspired SpatialModel into a single learning framework significantly outperforms existing architectures on the task of human body pose recognition. Training and inference of the architecture uses commodity level hardware and runs at close to real-time frame rates, making this technique tractable for a wide variety of application areas.