Difference between revisions of "goingDeeperWithConvolutions"

In 2013 Lin et al.<ref name=nin> Min Lin, Qiang Chen and Shuicheng Yan. Network in Network </ref> pointed out that the convolution filter in CNN is a generalized linear model (GLM) for the underlying data patch and the level of abstraction is low with GLM. They suggested replacing GLM with a ”micro network” structure which is a general nonlinear function approximator.

Also in this paper<ref name=nin></ref> Lin et al. proposed a new output layer to improve the performance. In tradition the feature maps of the last convolutional layers are vectorized and fed into a fully connected layers followed by a softmax logistic regression layer<ref name=im></ref>. Lin et al. argued that this structure is prone to overfitting, thus hampering the generalization ability of the overall network. To improve this they proposed another strategy called global average pooling. The idea is to generate one feature map for each corresponding category of the classification task in the last mlpconv layer, take the average of each feature map, and the resulting vector is fed directly into the softmax layer. Lin et al. claim that their strategy has following advantages over fully connected layers. First, it is more native to the convolution structure by enforcing correspondences between feature maps and categories. Thus the feature maps can be easily interpreted as categories confidence maps. Second, there is no parameter to optimize in the global average pooling thus overfitting is avoided at this layer. Furthermore, global average pooling sums out the spatial information, thus it is more robust to spatial translations of the input.

In "Going deeper with convolutions", Szegedy, Christian, et al. argued convolutional filters with different sizes can cover different clusters of information. For convenience of computation, they choose to use 1 x 1, 3 x 3 and 5 x 5 filters. Additionally, since pooling operations have been essential for the success in other state of the art convolutional networks, they also add pooling layers in their module. Together these made up the naive Inception module.

Inspired by "Network in Network", Szegedy, Christian, et al. choose to use a 1 × 1 convolutional layer as the"micro network" suggested by Lin et al. The 1 x 1 convolutions also function as dimension reduction modules to remove computational bottlenecks. In practice, before doing the expensive 3 x 3 and 5 x 5 convolutions, they used 1 x 1 convolutions to reduce the number of input feature maps.

The structure of Google Lenet can be seen from this figure. 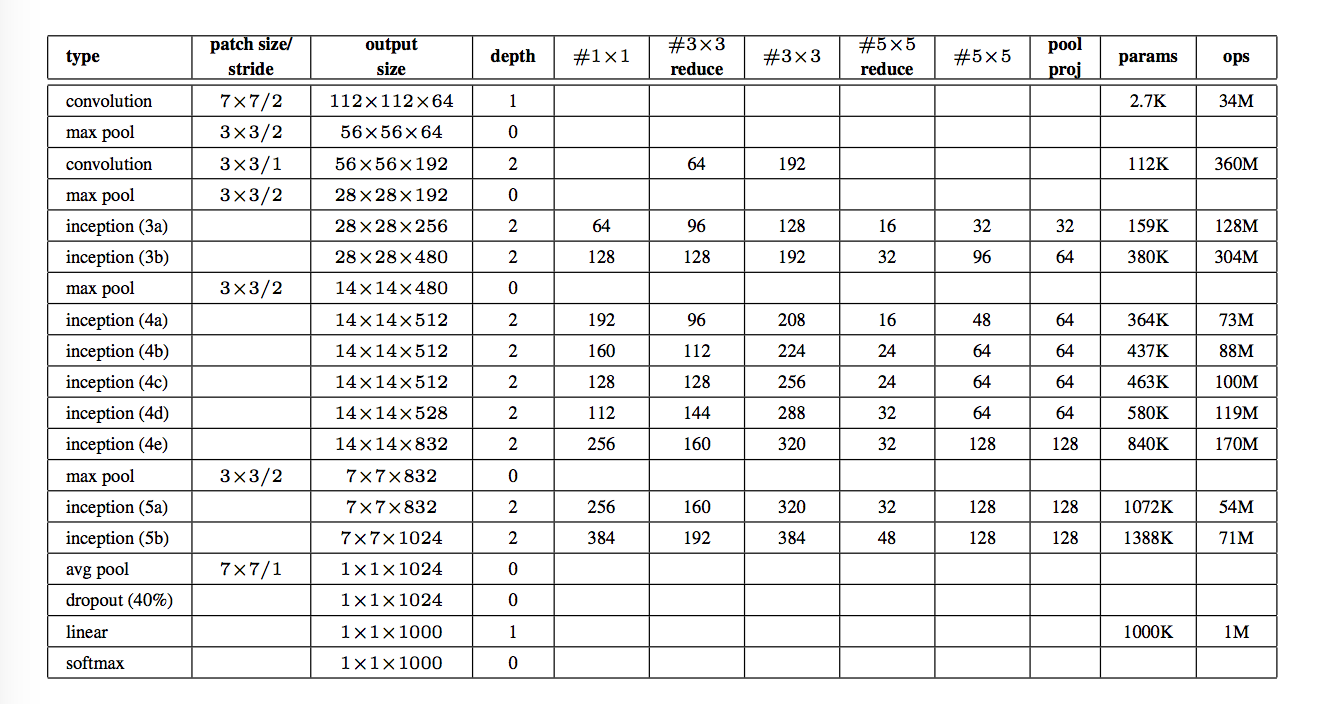