For a given input, only a subset of hidden units in each layer will have non-zero activation values. The rest of the hidden units will have zero and they are essentially turned off. Each hidden unit activation value is then composed of a linear combination of the active (non-zero) hidden units in the previous layer due to the linearity of the rectified linear function. By repeating this through each layer, one can see that the neural network is actually an exponentially increasing number of linear models who share parameters since the later layers will use the same values from the earlier layers. Since the network is linear, the gradient is easy to calculate and compute and travels back through the active nodes without vanishing gradient problem caused by non-linear sigmoid or tanh functions. In addition to the standard one, three versions of ReLUthat are modified as: Leaky, Parametric, and Randomized leaky ReLU. 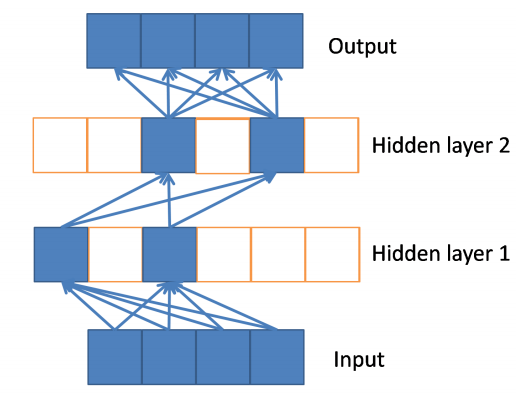 This paper addresses several difficulties when one wants to use rectifier activation into stacked denoising auto-encoder. The author have experienced several strategies to try to solve these problem.