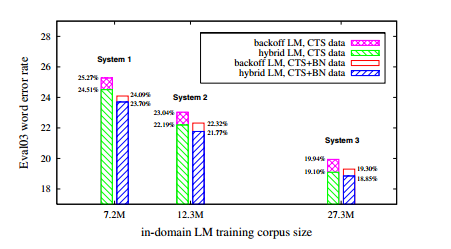 The continuous representation of the words in the neural network language model offers new ways to perform constrained language model adaptation. For example, the continuous representation of the words can be changed so that the language model predictions are improved on some adaptation data, e.g., by moving some words closer together which appear often in similar contexts. The idea is to apply a transformation on the continuous representation of the words by adding an adaptation layer between the projection layer and the hidden layer. This layer is initialized with the identity transformation and then learned by training the neural network on the adaptation data. Several variants of this basic idea are possible, for example using shared block-wise transformations in order to reduce the number of free parameters.