To train a model effectively, deep neural networks typically require large datasets. To mitigate this data efficiency problem, learning in two phases is one approach: the first phase learns the statistics of a generic domain without committing to a specific learning task; the second phase learns a function for a specific task, but does so using only a small number of data points by exploiting the domain-wide statistics already learned. Taking a probabilistic stance and specifying a distribution over functions (stochastic processes) is another approach -- Gaussian Processes being a commonly used example of this. Such Bayesian methods can be computationally expensive, however.

The authors of the paper propose a family of models that represent solutions to the supervised problem, and an end-to-end training approach to learning them that combines neural networks with features reminiscent of Gaussian Processes. They call this family of models Conditional Neural Processes (CNPs). CNPs can be trained on very few data points to make accurate predictions, while they also have the capacity to scale to complex functions and large datasets. 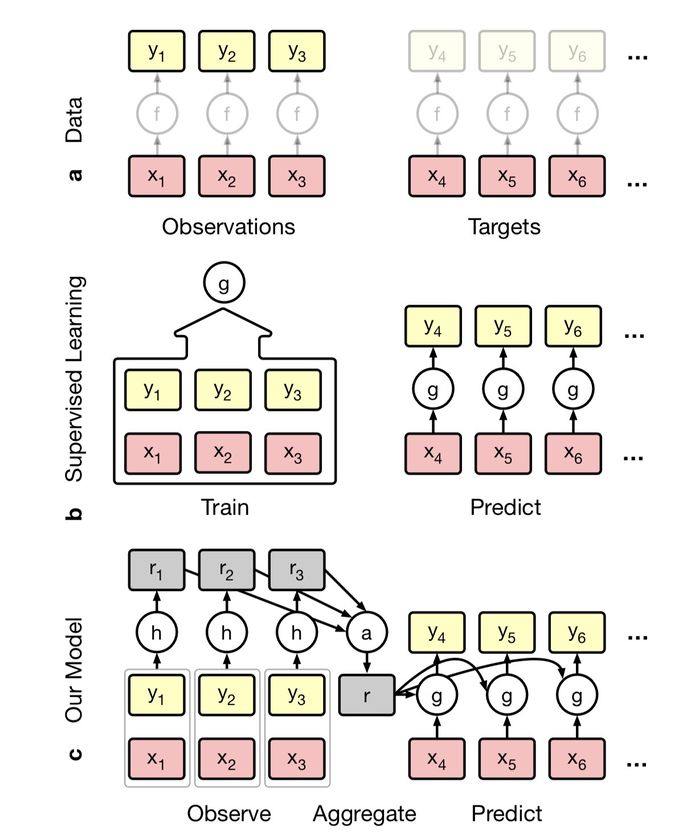 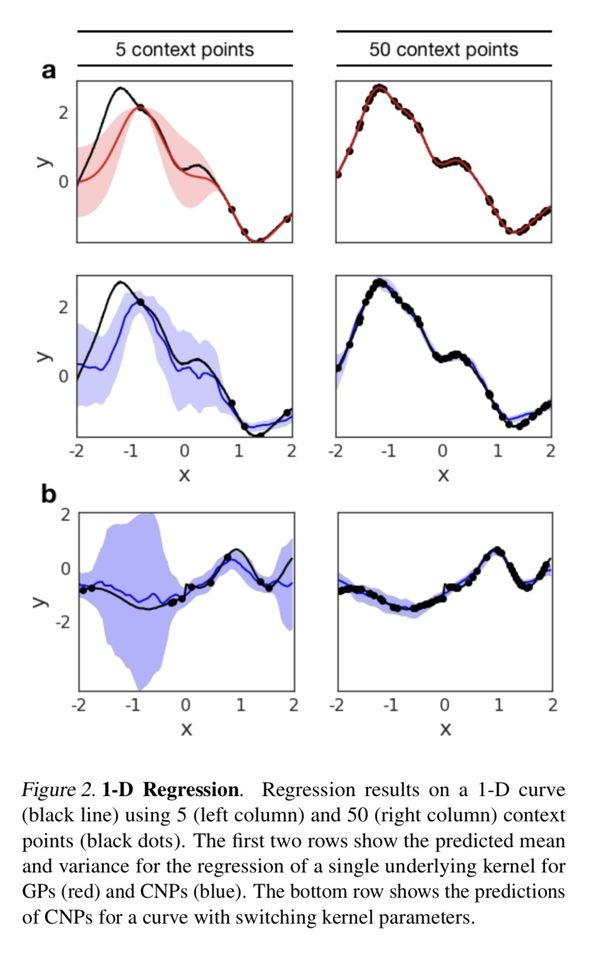 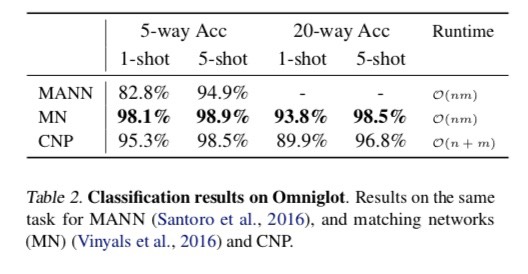