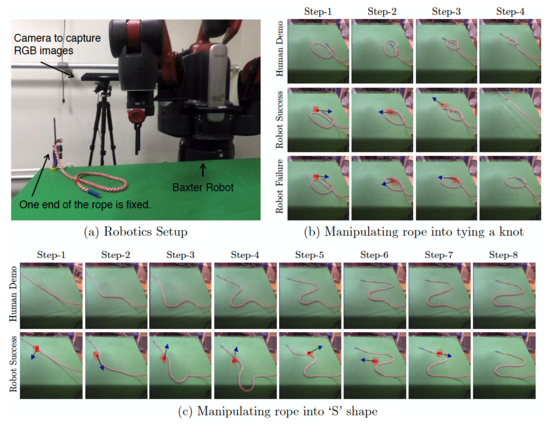 [[File:5-Table1.png | 550px|thumb|center|Table 1: Quantitative evaluation of various methods on the task of navigating using a single image of goal in an unseen environment. Each column represents a different run of our system for a different initial/goal image pair. Our full GSP model takes longer to reach the goal on average given a successful run but reaches the goal successfully at a much higher rate.]