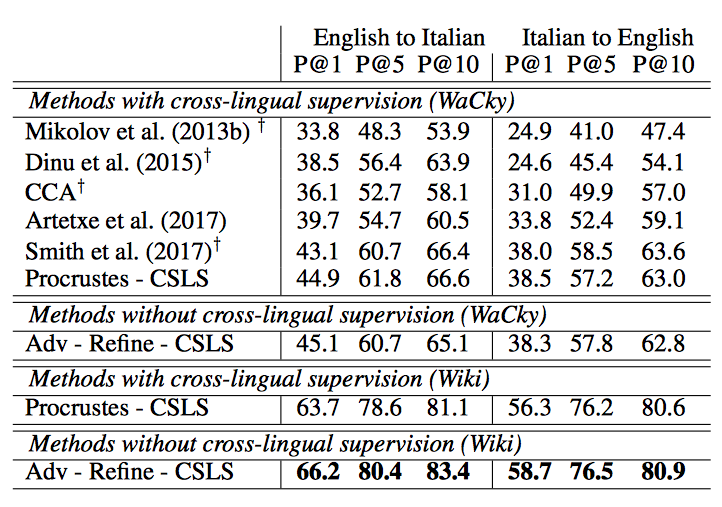 [[File:table3_fan.png |frame|none|alt=Alt text|Table 3: English-Italian sentence translation retrieval. We report the average P@k from 2,000 source queries using 200,000 target sen- tences. We use the same embeddings as in Smith et al. (2017). Their re- sults are marked with the symbol †.]