Difference between revisions of "User:T358wang"

Landmark recognition is an image retrieval task with its own specific challenges. This paper provides a new and effective method to recognize landmark images, which has been successfully applied to actual images. In this way, statues, buildings, and characteristic objects can be effectively identified.

The article describes the deep convolutional neural network (CNN) architecture, loss function, training method, and inference aspects. Using this model, similar metrics to the state of the art model in the test were obtained and the inference time was found to be 15 times faster. Further, because of the efficient architecture, the system can serve in an online fashion. The results of quantitative experiments will be displayed through testing and deployment effect analysis to prove the effectiveness of the model. 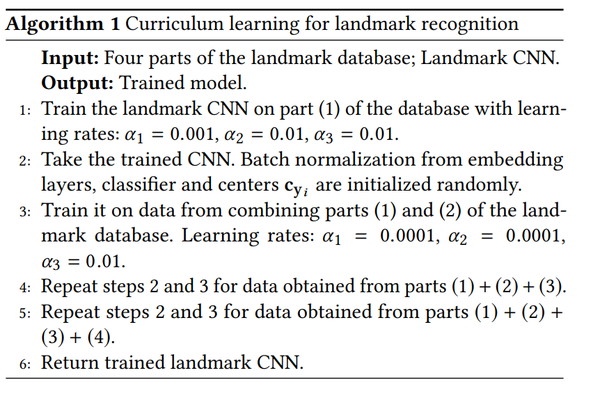 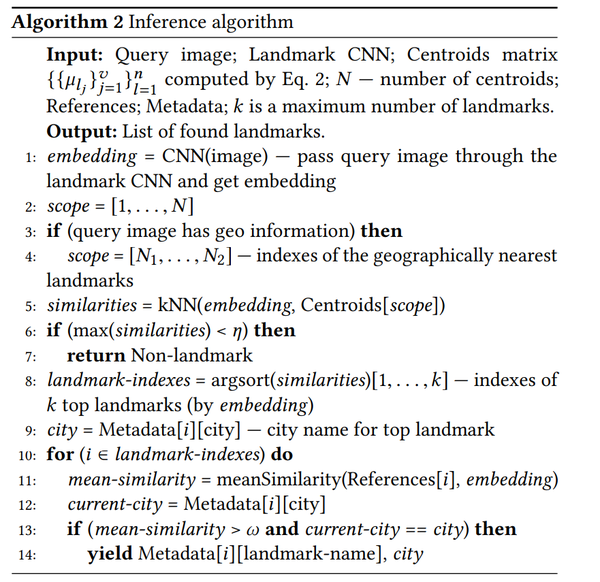 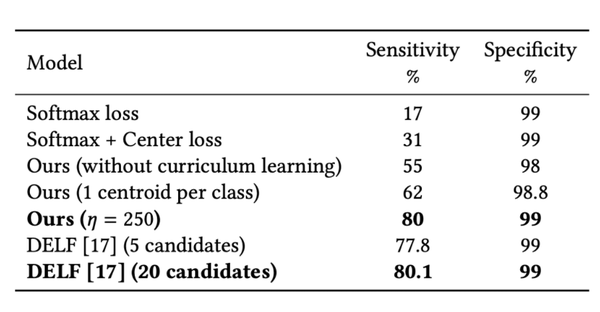 Revisited Paris dataset (RPar)[2] was also used to measure the quality of the landmark recognition approach. This dataset with Revisited Oxford (ROxf) is standard benchmarks for the comparison of image retrieval algorithms. In the recognition, it is important to determine the landmark, which is contained in the query image. Images of the same landmark can have different shooting angles or taken inside/outside the building. Thus, it is reasonable to measure the quality of the model in the standard and adapt it to the task settings. That means not all classes from queries are presented in the landmark dataset. For those images containing correct landmarks but taken from different shooting angles within the building, we transferred them to the “junk” category, which does not influence the final score and makes the test markup closer to our model’s goal. Results on RPar with and without distractors in medium and hard modes are presented in the table below. 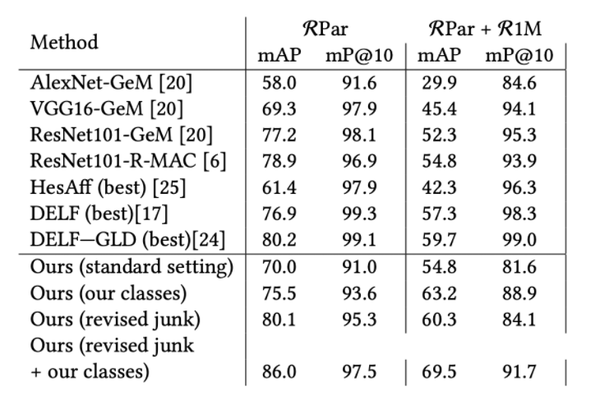 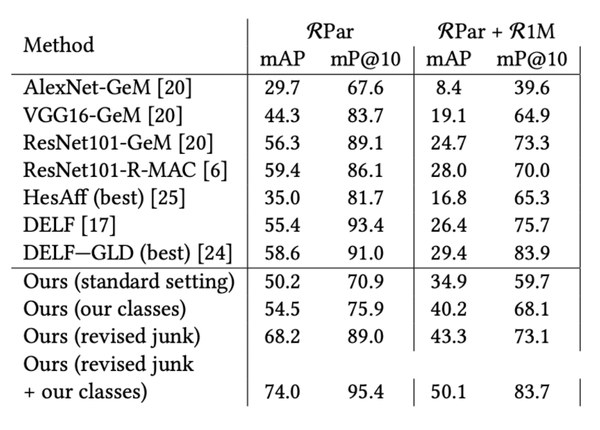 Both approaches obtained similar results for image retrieval in the offline test (shown in the sensitivity&specificity table), but the proposed approach is much faster on the inference stage and more memory efficient.