In domain generalization, we assume that there are some domain-invariant patterns in the inputs (e.g. semantic features). These features can be extracted to learn a predictor that performs well across seen and unseen domains. This paper assumes that there are inter-class relationships across domains. In total, the MASF is composed of a task loss, global class alignment term and a local sample clustering term, with weighting coefficients. 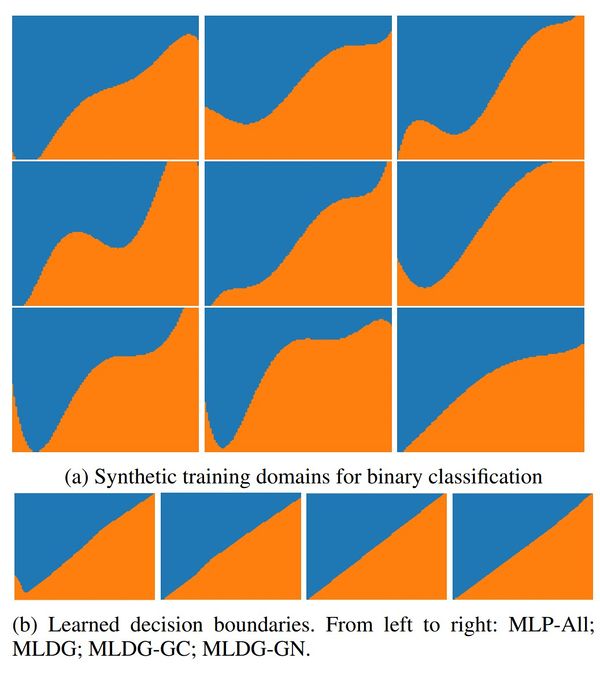