Training And Inference with Integers in Deep Neural Networks

As can be observed from the graph, the author extended the original definition of errors to multi-layer: error e is the gradient of activation a for the perspective of each convolution or fully-connected layer, while gradient g particularly refers to the gradient accumulation of weight W. Considering the i-th layer of a feed-forward network.

The error and gradient are defined as: 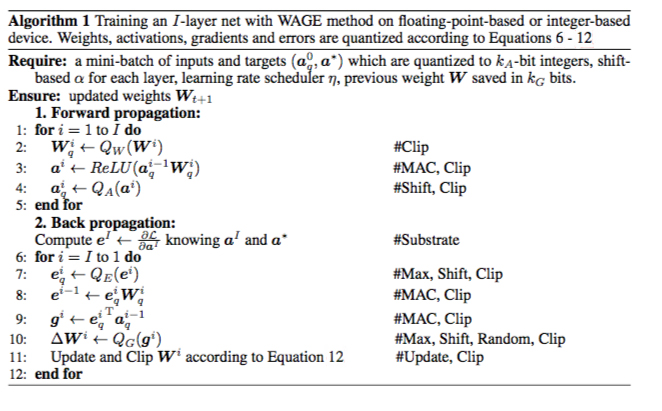