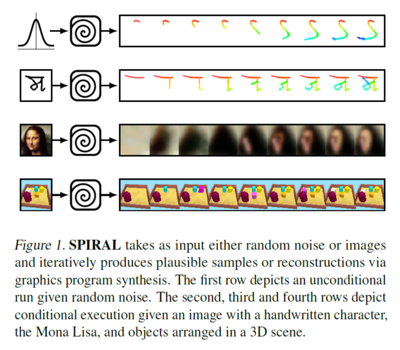 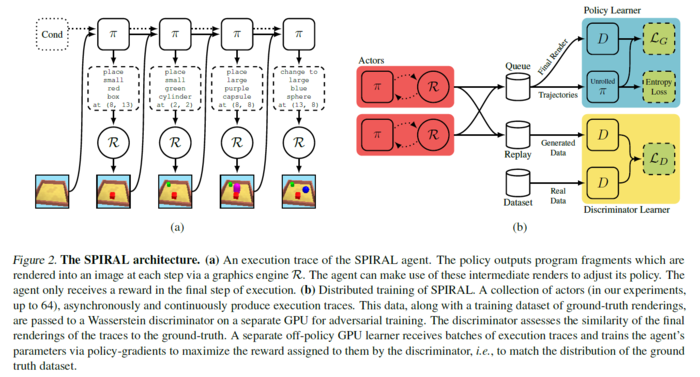 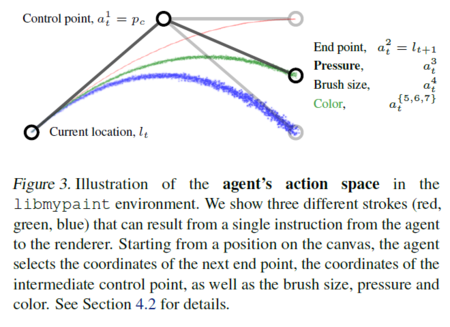 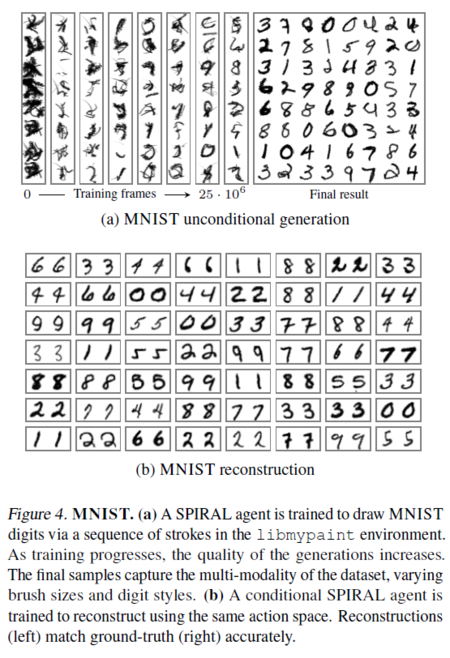 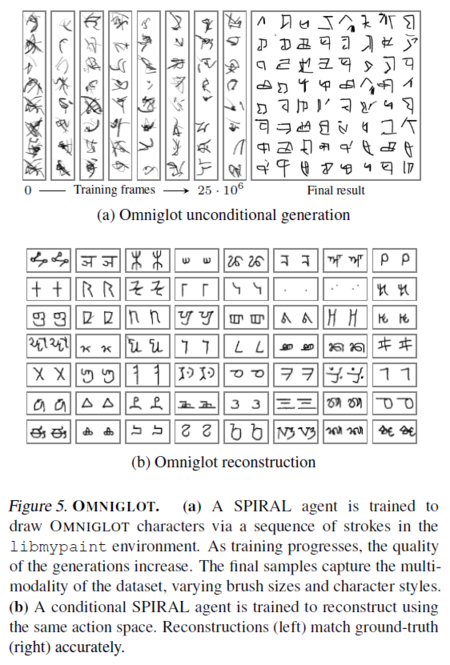 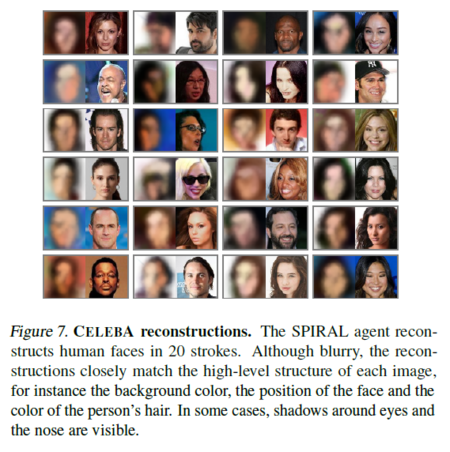 Although blurry, the model’s reconstruction closely matches the high-level structure of each image such as the background color, the position of the face, and the color of the person’s hair. In some cases, shadows around eyes and the nose are visible. 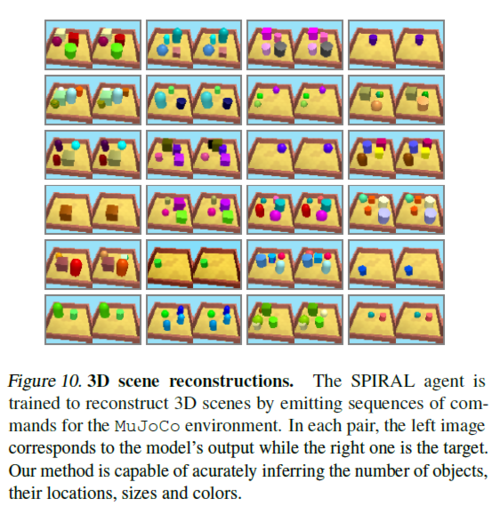 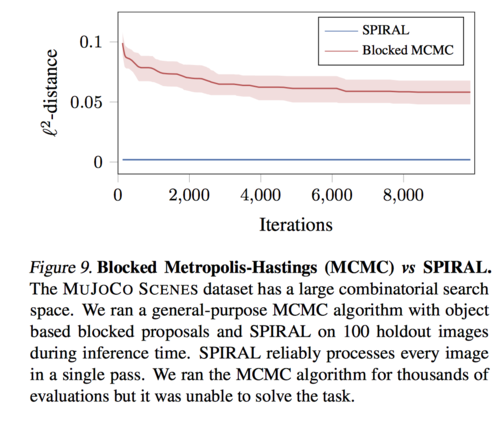 As in the OMNIGLOT experiment, the [math]l^2[/math]-based agent demonstrates some improvements over the random policy but gets stuck and as a result, fails to learn sensible reconstructions (Figure 8b).