There are 3 main challenges to achieving fully autonomous driving on urban roads, which are scene awareness, inferring other drivers’ intentions, and predicting their future motions. Researchers are developing prediction algorithms that can simulate a driver’s intuition to improve safety when autonomous vehicles and human drivers drive together. To predict driver behavior on urban road, there are 3 categories for motion prediction model: (1) physics-based (2) maneuver-based; and (3) interaction-aware. Physics-based models are simple and direct, which only consider the states of prediction vehicles kinematically. The advantage is that it has minimal computational burden among the three types. However, it is impossible to consider interactions between vehicles. Maneuver-based models consider the driver’s intention and classified them. By predicting the driver maneuver, the future trajectory can be predicted. Identifying similar behaviors in driving is able to infer different drivers' intentions which are stated to improve the prediction accuracy. However, it still an assistant to improve physics-based models. Recurrent Neural Network (RNN) is a type of approach proposed to infer driver intention in this paper. Interaction-aware models can reflect interactions between surrounding vehicles, and predict future motions of detected vehicles simultaneously as a scene. While the prediction algorithm is more complex in computation which often used in offline simulations.

The LSTM-RNN-based motion predictor comprises three parts: (1) a data encoder; (2) an LSTM-based RNN; and (3) a data decoder. depicts the architecture of the surrounding target trajectory predictor. The proposed architecture uses a perception algorithm to estimate the state of surrounding vehicles, which relies on six scanners. The output predicts the state of the surrounding vehicles and is used to determine the expected longitudinal acceleration in the actual traffic at the intersection. 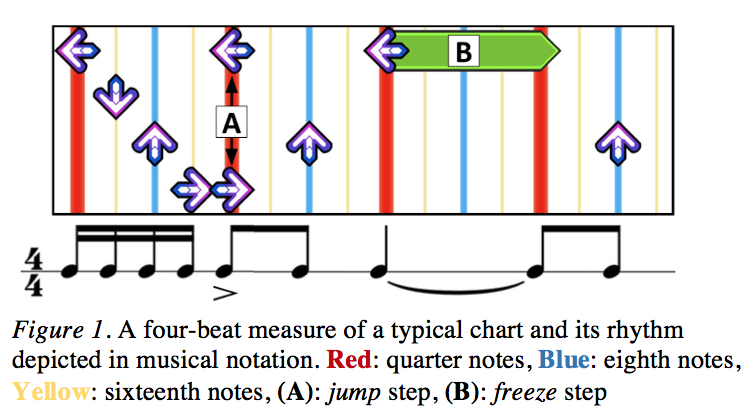 The real dataset is captured on urban roads in Seoul. The training model is generated from 484 tracks collected when driving through intersections in real traffic. The previous and subsequent states of a vehicle at a particular time can be extracted. After post-processing the collected data, a total of 16,660 data samples were generated, including 11,662 training data samples and 4,998 evaluation data samples.

This article propose a data-driven method to predict the future movement of surrounding vehicles based on their previous movement. The motion predictor based on the LSTM-RNN architecture in this work only uses information collected from sensors on autonomous vehicles, as shown in the figure below. The contribution of the network architecture of this study is that the future state of the target vehicle is used as the input feature for predicting the field of view.

\textbf{Network architecture:} RNN is an artificial neural network, suitable for use with sequential data. RNN can also be used for time series data, where the pattern of the data depends on the time flow. It can contain feedback loops that allow activations to flow alternately in the loop. LSTM can avoid the problem of vanishing gradients by making errors flow backward without a limit on the number of virtual layers. This property prevents errors from increasing or declining over time, which can make the network training improperly.The figure below shows the various layers of LSTM-RNN and the number of units in each layer. This structure is determined by comparing the accuracy of 72 RNNs, which consist of a combination of four input sets and 18 network configurations.

\textbf{Input and output features:} In order to apply the motion predictor to the AV in motion, the speed of the data collection vehicle is added to the input sequence. The input sequence consists of relative X/Y position, relative heading angle, speed of surrounding target vehicles, and speed of data collection vehicles. The output sequence is the same as the input sequence, such as relative position, heading and speed. \textbf{Encoder and decoder:} In this study, authors introduced an encoder and decoder that process the input from the sensor and the output from the RNN, respectively. The encoder normalizes each component of the input data to rescale the data to mean 0 and standard deviation 1, while the decoder denormalizes the output data to use the same parameters as in the encoder to scale it back to the actual unit. \textbf{Squence length:} The sequence length of RNN input and output is another important factor to improve prediction performance. In this study, 5, 10, 15, 20, 25, and 30 steps of 100 millisecond sampling times were compared, and 15 steps showed relatively accurate results, even among candidates The observation time is very short.

The proposed model shows a significantly less prediction errors compare to the based algorithms in terms of mean, standard deviation(STD), and root mean square error(RMSE). Meanwhile, the proposed model exhibits a bell shaped cure with a close to zero mean, which indicates that the proposed algorithm's prediction of human divers' intensions are relatively precise. On the other hand, $e_{x,T_p}$, $e_{y,T_p}$, $e_{v,T_p}$ are bounded within reasonable levels. For instant, the three-sigma range of $e_{y,T_p}$ is within the width of a lane. Therefore, the proposed algorithm can be precise and maintain safety simultaneously.

The data is analysed from two perspectives, the time ot recognize the in-lane target and the similarity to human driver commands. In most of cases, the proposed algorithm detects the in-line target no late than based algorithm. In addition, the proposed algorithm only recognized cases later than the base algorithm did when the surrounding target vehicles first appeared beyond the sensors’ region of interest boundaries. This means that these cases took place sufficiently beyond the safety distance, and had little influence on determining the behavior of the subject vehicle.

A surrounding vehicle motion predictor based on a LSTM-RNN at multi-lane turn intersections was developed, and its application in an autonomous vehicle was evaluated. The model was trained by using the data captured on urban road in Seoul in MPC. The evaluation results showed precise prediction accuracy and so the algorithm is safe to be applied on an autonomous vehicle. Also, the comparison with other three base algorithms (CV/Path, V_flow/Path and CTRV) revealed the superiority of the proposed algorithm.

The literature review is not sufficient. It should focus more on LSTM, RNN, and the study in different types of road. Why the LSTM-RNN is used, and the background of method are not stated clearly. There is lack of concept so that it is difficult to distinguish between LSTM-RNN based motion predictor and motion planning.

Autonomous driving is a hot very topic, and training the model with LSTM-RNN is also a meaningful topic to discuss. By the way, it would be an interesting approach to compare the performance on different algorithms or some other traditional motion planning algorithms like KF.