Difference between revisions of "SuperGLUE"

Improved code support: SuperGLUE is built around the widely used tools including PyTorch and AllenNLP.

SuperGLUE is designed to be widely applicable to many different NLP tasks. That being said, in designing SuperGLUE, certain criteria needed to be established to determine whether an NLP task can be completed. The authors specified six such requirements, which are listed below.

ReCoRD (Reading Comprehension with Commonsense Reasoning Dataset [13]): A multiple-choice, question answering task, were given a passage with a masked entity, the model should be able to predict the masked out entity from the available choices. The articles are extracted from CNN and Daily Mail.

WiC (Word in Context [15]): Identifying whether a polysemous word used in multiple sentences is being used with the same sense across sentences or not. technologies WSC (Winograd Schema Challenge, [16]): A conference resolution task where sentences include pronouns and noun phrases from the sentence. The goal is to identify the correct reference to a noun phrase corresponding to the pronoun. 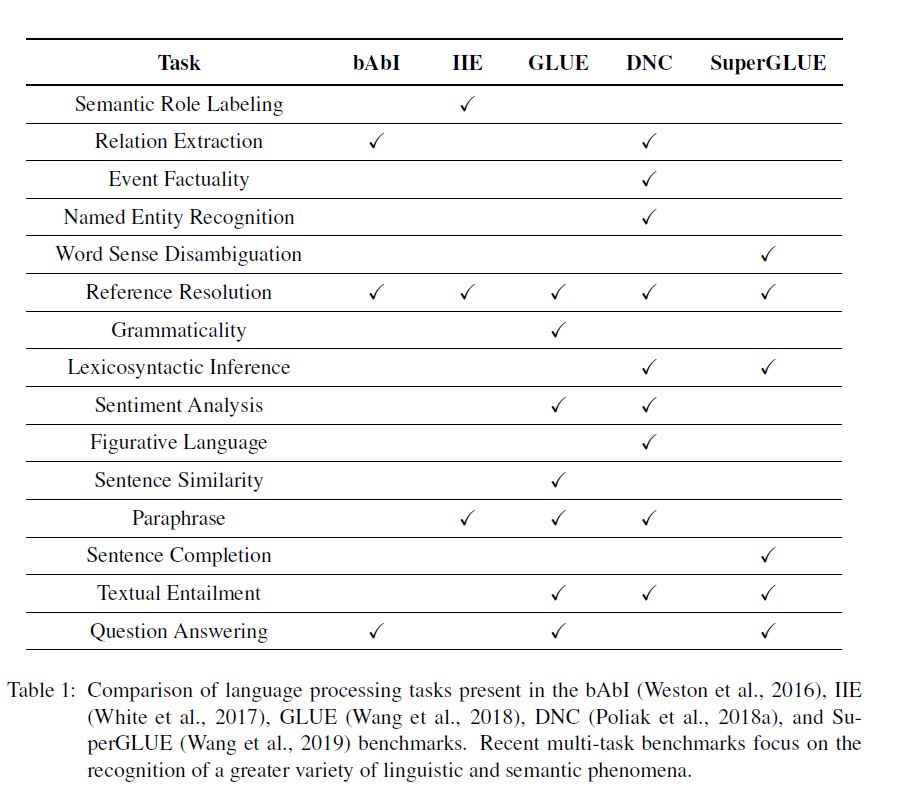 Development set examples from the tasks in SuperGLUE are shown below 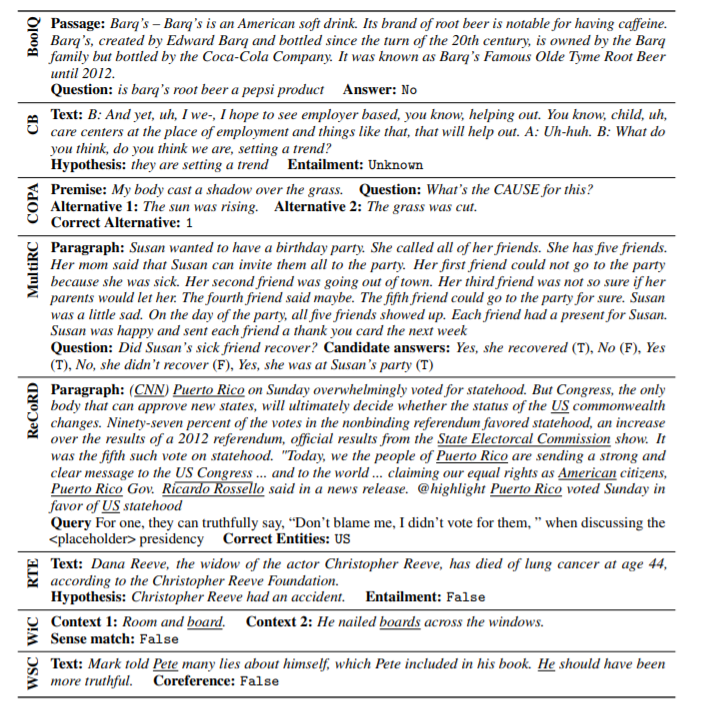 BERT++[8] increases BERT’s performance even further. However, achieving the goal of the benchmark, the best model/score still lags behind compared to human performance. The human results for WiC, MltiRC, RTE, and ReCoRD were already available on [15], [12], [17], and [13] respectively. However, for the remaining tasks, the authors employed crowd workers to reannotate a sample of each test set according to the methods used in [17]. The large gaps should be relatively tricky for models to close in on. The biggest margin is for WSC with 35 points and CV, RTE, BoolQ, WiC all have 10 point margins.

[12] Daniel Khashabi, Snigdha Chaturvedi, Michael Roth, Shyam Upadhyay, and Dan Roth. Looking beyond the surface: A challenge set for reading comprehension over multiple sentences. In Proceedings of the Conference of the North American Chapter of the Association for Computational Linguistics: Human Language Technologies (NAACL-HLT). Association for Computational Linguistics, 2018. URL https://www.aclweb.org/anthology/papers/N/N18/N18-1023/.