Current state of the art techniques for object classification are deep neural networks based on the residual block, first published by (He et al., 2016). This technique has been the foundation of several improved networks, including Wide ResNet (Zagoruyko & Komodakis, 2016), PyramdNet (Han et al., 2017) and ResNeXt (Xie et al., 2017). They have been further improved by regularization, such as Stochastic Depth (ResDrop) (Huang et al., 2016) and Shake-Shake (Gastaldi, 2017). Shake-Shake applied to ResNeXt has achieved one of the lowest error rates on the CIFAR-10 and CIFAR-100 datasets. However, it is only applicable to multi-branch architectures and is not memory efficient. This paper seeks to formulate a general expansion of Shake-Shake that can be applied to any residual block based network. 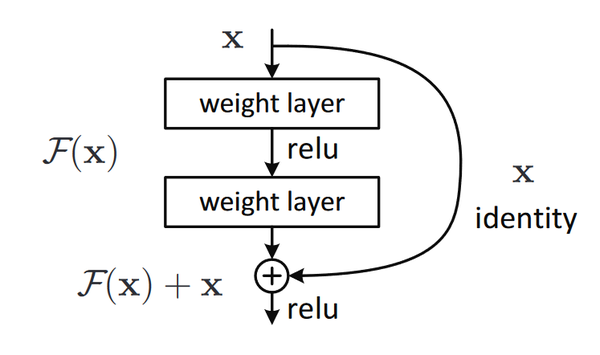 ResNet is constructed out of a large number of these residual blocks sequentially stacked. It is interesting to note that having too many layers can cause overfitting, as pointed out by He et al. (2016) with the high error rates for the 1,202-layer ResNet on CIFAR datasets. 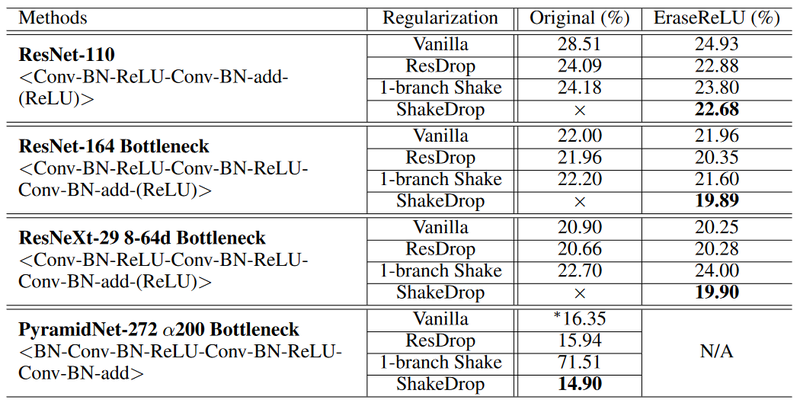 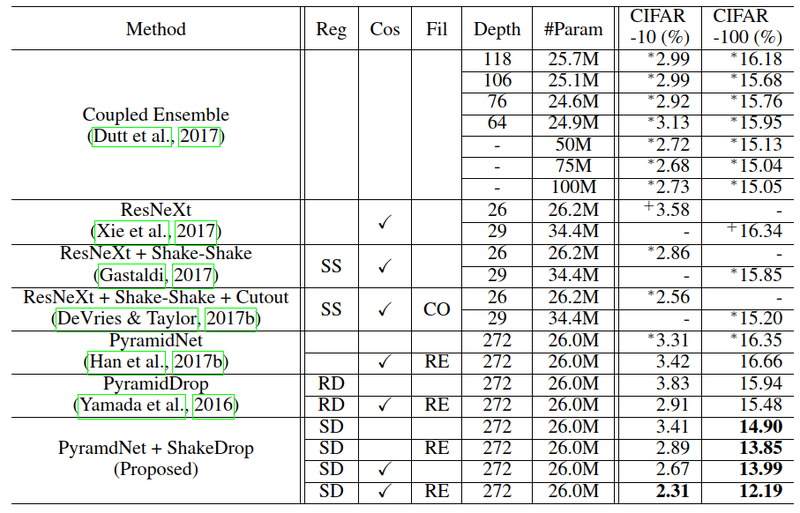 This new regularization technique outperforms previous state of the art while maintaining similar memory efficiency. It demonstrates that heavily perturbing a network can help to overcome issues with overfitting and is an effective way to regularize residual networks for image classification.