Self-training methods in the NLP domain(Natural Language Processing) like ELMo[1], GPT[2], BERT[3], XLM[4], and XLNet[5] have shown significant improvements, but it remains challenging to determine which parts the methods have the most contribution. This paper proposed Roberta, which replicates BERT pretraining, and investigates the effects of hyperparameters tuning and training set size. In summary, the main contributions of this paper are:

(2) introducing a new dataset and validate the positive effect of using more data for pretraining on the performance of downstream tasks.

In this section, they tried to have an overview of BERT as they used this architecture. The architecture of BERT is similar to the transformer encoder architecture, and the tuning processes contain an unsupervised Feature-based approach and unsupervised Fine-tuning approach. In short terms, BERT takes concatenated sequences of tokens as input. The two sequences are of length M (x1, x2,....xn) and N (y1, y2,....yn) where the constraint is that M + N < T (max length of input sequence during training). These sequences are concatenated along with using special tokens [CLS] to specify the start of the new sequence, [SEP] specifying the separation of sequence, and [EOS] specifying the end of the input sequence. BERT uses transformer architecture[6] with two training objectives: they use masks language modeling (MLM) and next sentence prediction (NSP) as their objectives. The MLM objective randomly selects 80% of the tokens in the input sequence and replaces them with the special token [MASK] to prevent the model from cheating. MLM also replaces 10% of the remaining tokens with some random tokens from the vocabulary and the remaining are left unchanged. Then they try to predict these tokens based on the surrounding information. NSP employs a binary classification loss for the prediction of whether the two sentences are adjacent to each other or not. Positive sequences are selected by taking consecutive sentences from the corpus text. It is noteworthy that, while selecting positive next sentences is trivial, generating negative ones is often much more difficult. Originally, they used a random next sentence as a negative example. They used Adam optimizer with some specific parameters to train the network. They used different types of datasets to train their networks. Finally, they did some experiments on the evaluation tasks such as GLUE[7], SQuAD, RACE, and showed their performance on those downstream tasks.

In this section, they elaborate on which choices are important for successfully pretraining BERT. The author did the comparison in four aspects(different masks, pre-train method s, Batch sizes, and tokenization methods) to optimize the RoBERTa model. 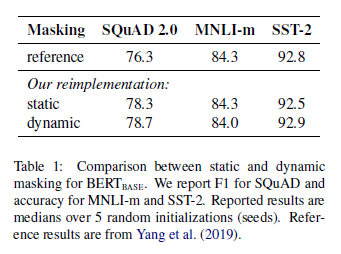 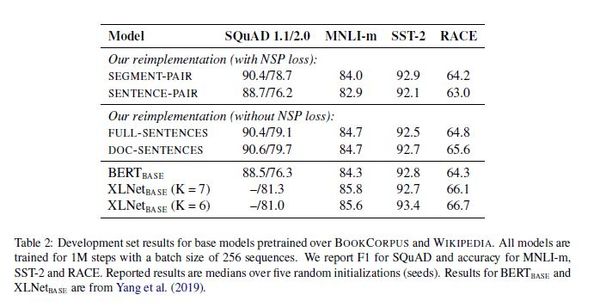 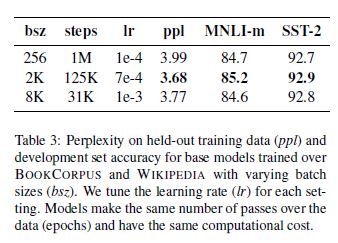 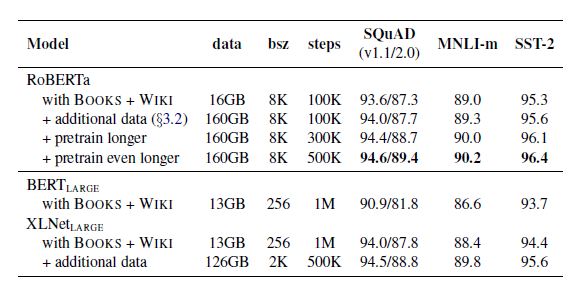 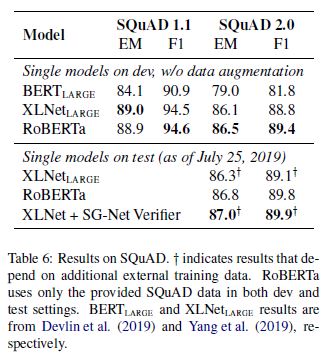 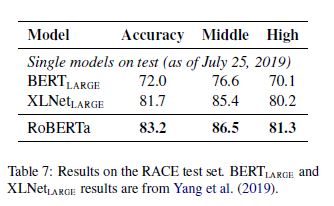 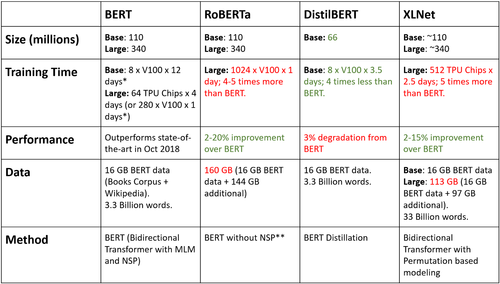 While the results are outstanding and appreciable (reasonably due to using more data and resources), the technical novelty contribution of the paper is marginally incremental as the architecture is largely unchanged from BERT. Another question that we should know about Roberta model or any language model can handle is, have the language models in general successfully acquired commonsense reasoning, or are we overestimating the true capabilities of machine commonsense?. The WINOGRANDE [*] is a large-scale dataset the contains 44k problems, inspired by Winograd Schema Challenge (WSC) design. The main key steps of constructing this dataset are the crowdsourcing procedure followed by systematic bias reduction that generalizes human-detectable word associations to machine-detectable embedding associations.