Skip-gram is structured as a one-layer neural network with no non-linear activation function in the hidden layer but a soft-max classifier in the output layer. Words or phrases are encoded using one-hot encoding; the input and output vectors are constructed such that the index of a certain word is indicated by the number 1 within a length determined by a pre-specified vocabulary or corpus (e.g. the word "ant" is indicated by the 1 at its position in the corpus; everything else is 0). The size of the hidden layer is also specified as a hyper parameter; larger sizes of the hidden layer will result in encodings of better quality but take longer to train. 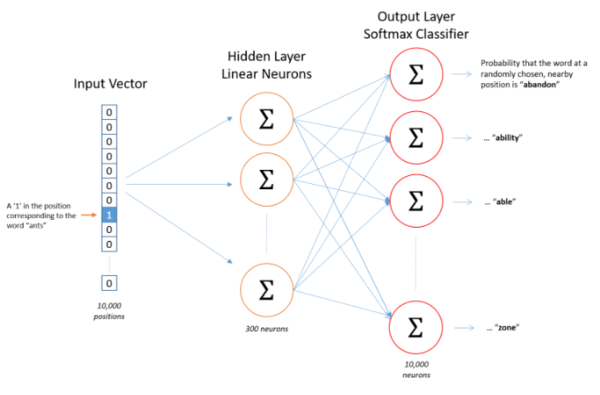 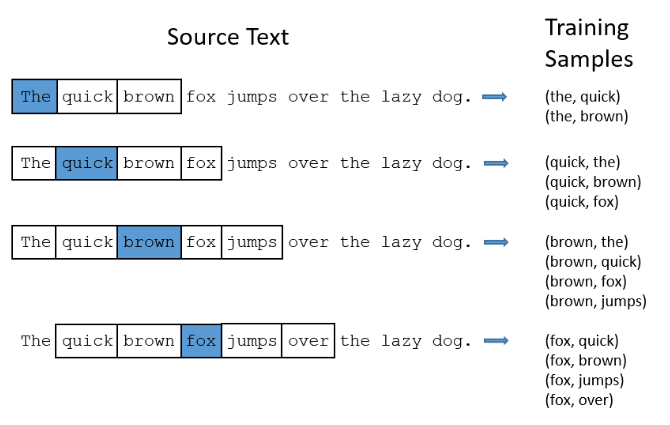 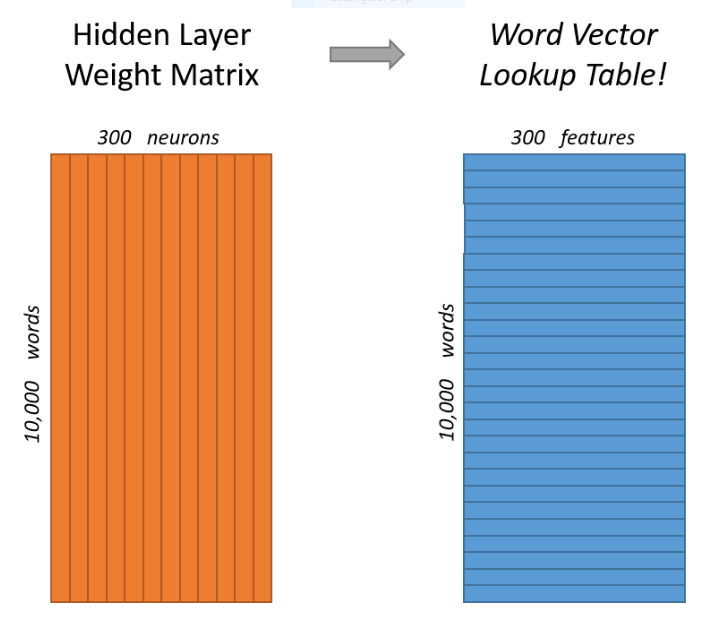