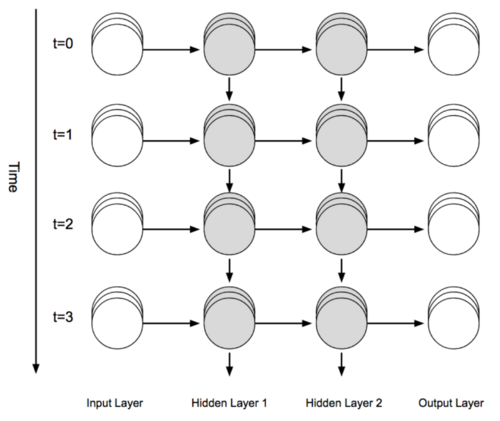 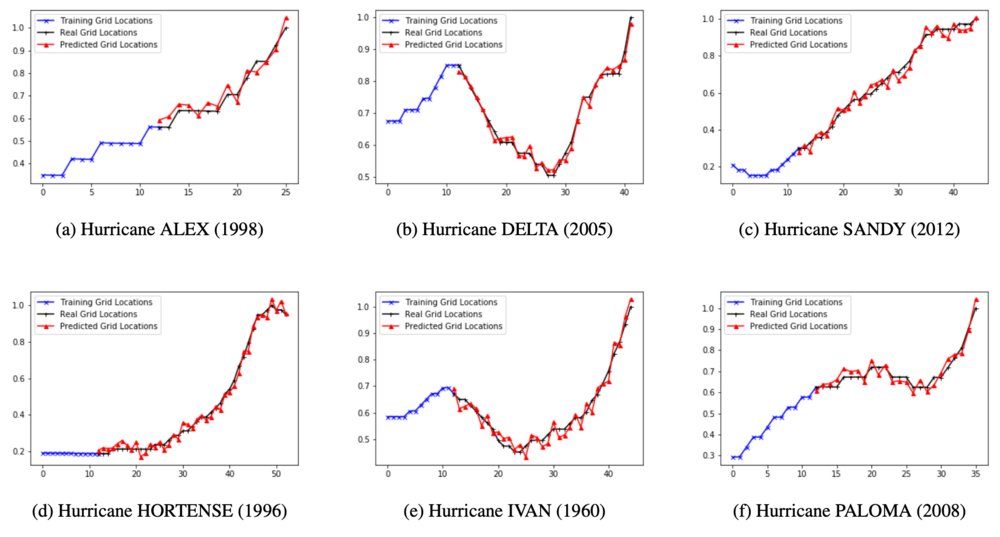 The predictive performance of the grid-based model is compared with the approach used by NHC. The annual errors collected from all tropical cyclones are plotted against the Government Performance and Results (GPRA). These annual errors are calculated for all 48-hour forecasting techniques, as within 48-hour, disaster management and citizen preparedness can be done, having predictions for longer or shorter periods would not be useful. Figure 3 below shows the result. It can be seen that the grid-based RNN Error (blue line) is lower than the NHC Error (red line) from year 2000 to 2021, which indicates that the predictive performance of grid-based RNN is better than the approach used by the NHC. Thus, it can be concluded that the grid-based RNN introduced in this paper is suitable for hurricane prediction. 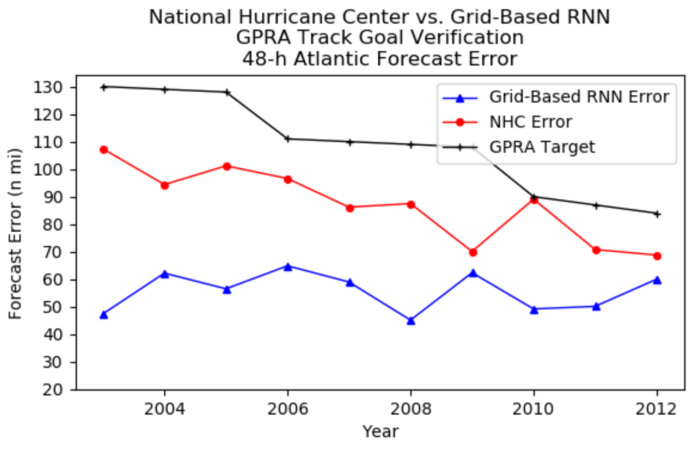