By using this loss function in the optimization, information from both the known data and the known physics (from PDE) can be incorporated into the neural network. This effectively regularizes the optimization, allowing for the network to learn from a smaller number of datapoints than would otherwise be necessary. An example of this method can be seen in the example below including figures 1 and 2.

can we estimate the values of the parameters, [math] \vec{\lambda} [/math], that best describe the observed data? The principle difference now is that we no longer know the values of the parameters [math] \vec{\lambda} [/math] appearing in the PDE. In conventional modelling, a parameter estimation technique would need to be first applied to the dataset which would rely on assuming the form of the PDE. Conventional parameter fitted techniques are often sensitive to noisy data, leading to errors in results generated with these fitted parameters. However, with PINNs, this parameter fitting can be done simultaneously with the training of the neural network. This change is procedure allows our parameter fitting to not simply identify the parameters that best fit the data given the PDE, but rather to find the parameters which best describe the data while using the PDE as a regularizer. The neural network training procedure is, in essence, unchanged other than we now treat the PDE parameters as trainable parameters of the neural network. Since the discovery case outlined here is an extension of the solution case outlined above, the examples given below include unknown parameters and therefore cover the full procedure.

While many examples are given in the paper, three particular ones are detailed here to demonstrate the simplicity and utility of the PINN method.

For an example of the continuous-time method in action, consider a problem involving Burger's equation, given by: 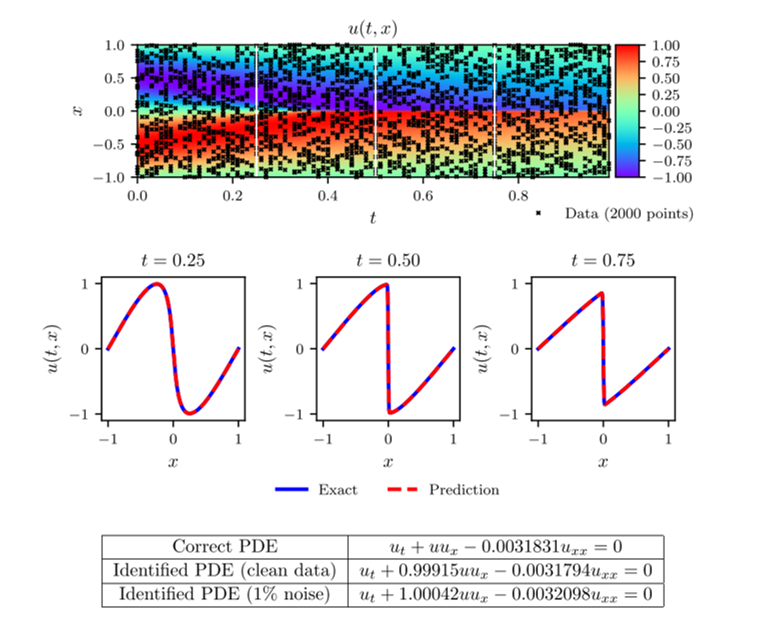 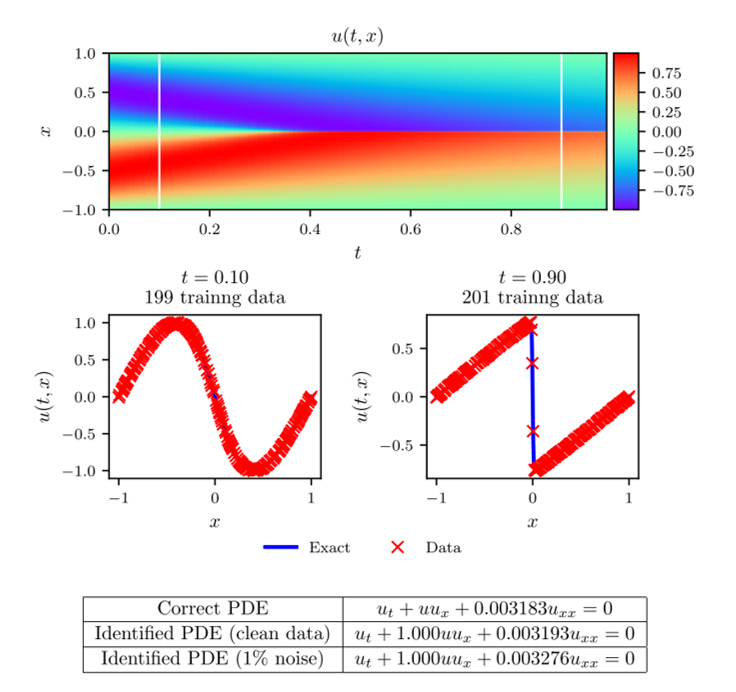 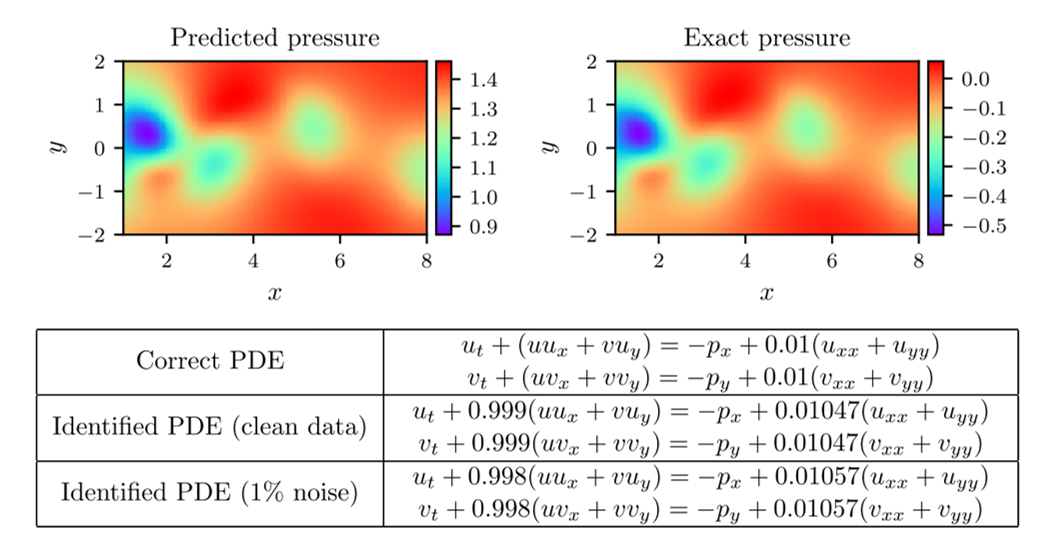