This paper proposes a novel meta-learning method for domain generalization. Domain Shift problem addresses the problem where a model trained on a data distribution cannot perform well when tested on another domain with a different distribution. Domain Generalization tries to tackle this problem by producing models that can perform well on unseen target domains. Several approaches have been adapted for the problem, such as training a model for each source domain, extracting a domain agnostic representation, and semantic feature learning. Meta-Learning and specifically Model-Agnostic Meta-Learning models, which have been widely adopted recently, are models capable of adapting or generalizing to new tasks and new environments that have never been encountered during training time. Meta-learning is also known as "learning to learn". It aims to enable intelligent agents to take the principles they learned in one domain and apply them to other domains. One concrete meta-learning task is to create a game bot that can quickly master a new game. Hereby defining tasks as domains, the paper tries to overcome the problem in a model-agnostic way.

This supervised learning methodology has been schematically in figure 1. 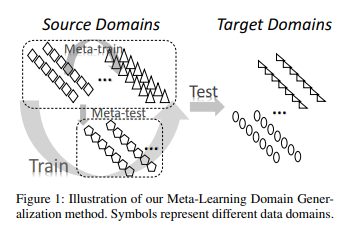 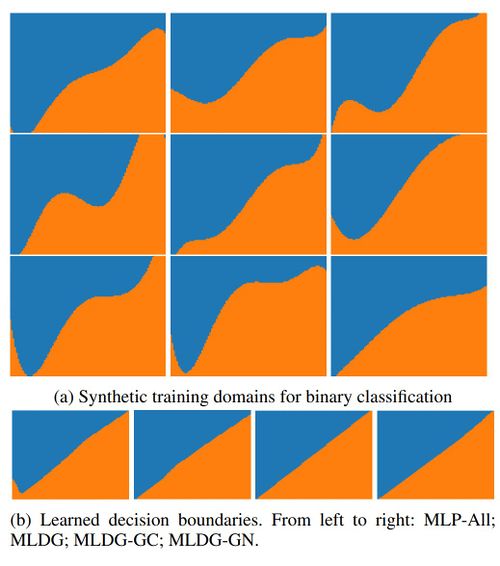 The PACS multi-domain recognition benchmark is exploited to address the object detection task; a dataset designed for the cross-domain recognition problems. This dataset has 7 categories (‘dog’, ‘elephant’, ‘giraffe’, ‘guitar’, ‘house’, ‘horse’ and ‘person’) and 4 domains of different stylistic depictions (‘Photo’, ‘Art painting’, ‘Cartoon’ and ‘Sketch’). The diverse depiction styles provide a significant domain gap. The Result of the Current approach compared to other approaches is presented in Table 1. The baseline models are D-MTAE[5],Deep-All (Vanilla AlexNet)[2], DSN[6]and AlexNet+TF[2]. On average, the proposed method outperforms other methods. 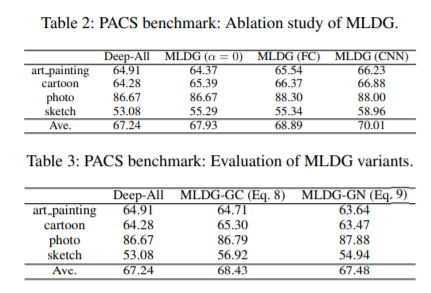