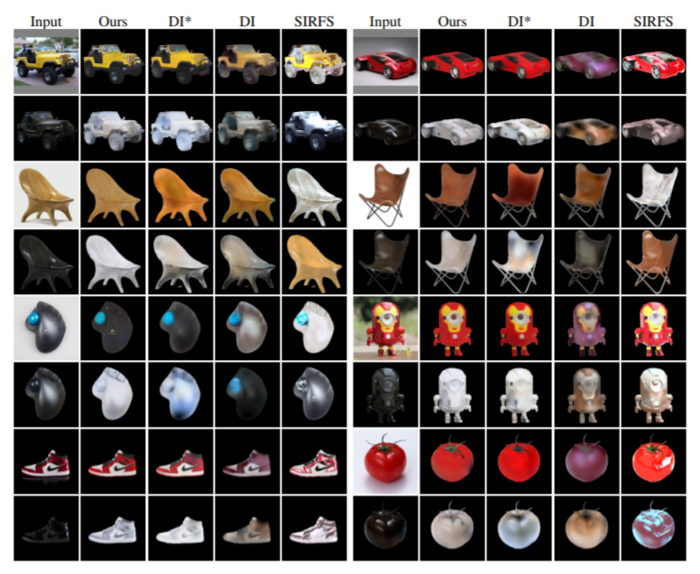 The first step takes a 2D RGB image and predicts the surface normal, depth, and silhouette of the object. The goal is to estimate intrinsic object properties from the image, while discarding non-essential information. An encoder-decoder architecture is used. The encoder is a A ResNet-18 network, which takes a 256 x 256 RGB image and produces 8 x 8 x 512 feature maps. The decoder is four sets of 5 x 5 convolutional and ReLU layers, followed by four sets of 1 x 1 convolutional and ReLU layers. The output is 256 x 256 resolution depth, surface normal, and silhouette images.