In the field of artificial intelligence, a major goal is to enable machines to understand complex images, such as the underlying relationships between objects that exist in each scene, and the global context to interpret this scene. A natural modelling framework for capturing such effects is structured prediction, which seeks to predict structured objects (such as graphs with nodes and edges) rather than scalar classes. Although these models capture both complex labels and interactions between labels, there is a disconnect for what guidelines should be used when leveraging deep learning. This paper introduces a design principle for such models that stem from the concept of permutation invariance and proves state of the art performance on models that follow this principle. 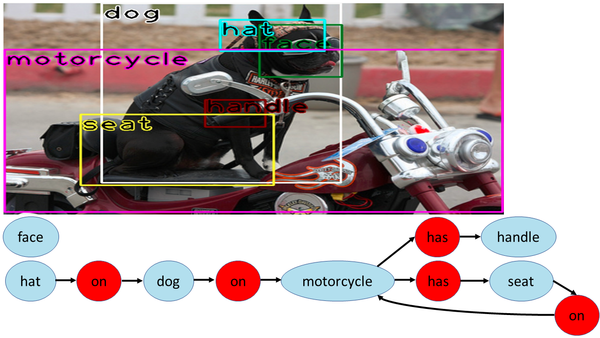 In structured prediction models, a score function [math]s(x, y)[/math] is defined to evaluate the compatibility between label [math]y[/math] and input [math]x[/math]. For instance, when interpreting the scene of an image, [math]x[/math] refers to the image itself, and [math]y[/math] refers to a complex label, which contains both the objects and the relations between objects. As with most other inference methods, the goal is to find the label [math]y^*[/math] such that [math]s(x,y)[/math] is maximized, [math] y^*=argmax_y \: s(x,y)[/math]. However, the major concern is that the space for possible label assignments grows exponentially with respect to input size. For example, although an image may seem very simple, the corpus containing possible labels for objects may be very large, rendering it difficult to optimize the scoring function.

This paper further considers structured predictions using score-based methods. For structured predictions that follow a score-based approach, a score function [math]s(x, y)[/math] is used to measure how compatible label [math]y[/math] is for input [math]x[/math] and is also used to infer a label by maximizing [math]s(x, y)[/math]. To optimize the score function, previous works have decomposed [math]s(x,y) = \sum_i f_i(x,y)[/math], into a set of simpler functions [math]f_i(x,y)[/math], in order to facilitate efficient optimization which is done by optimizing the local score function, [math]\max_y f_i(x,y)[/math], with a small subset of the [math]y[/math] variables. 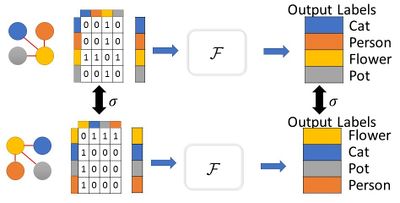