With the development in deep neural networks, one type of neural network, namely recurrent neural networks (RNN) have preformed significantly well in many natural language processing tasks. The reason is that nature of RNN takes into account the past inputs as well as the current input without resulting in vanishing or exploding gradient. More detail of how RNN works in the context of NLP will be discussed in the section of NLP using RNN. However, one limitation of RNN used in NLP is its enormous size of input vocabulary. This will result in a very complex RNN model with too many parameters to train and makes the training process both time and memory-consuming. This serves as the major motivation for this paper’s authors to develop a new technique utilized in RNN, which is particularly efficient at processing large size of vocabulary in many NLP tasks, namely LightRNN.

In language modelling, researchers used to represent words by arbitrary codes, such as “Id143” is the code for “dog” (“Vector Representations of Words,” 2017). Such coding of words is completely random, and it loses the meaning of the words and (more importantly) connection with other words. Nowadays, one-hot representation of words is commonly used, in which a word is represented by a vector of numbers and the dimension of the vector is related to the size of the word. In RNN, all words in the vocabulary are coded using one-hot representation and then mapped to an embedding vector (Li, Qin, Yang, Hu, & Liu, 2016). Such embedding vector is “a continuous vector space where semantically similar words are mapped to nearby points” (“Vector Representations of Words” 2017, para. 6). Popular RNN structure used in NLP task is long short-term memory (LSTM). In order to predict the probability of the next word, the last hidden layer of the network needs to calculate the probability distribution of all other words in the vocabulary. Lastly, an activation function (commonly, softmax function) is used to select the next word with the highest probability. This method has 3 major limitations:

When input vocabulary contains enormous amount of unique words, which is very common in various NLP tasks, the size of model becomes very large. This means the number of trainable parameters is very big, which makes it difficult to fit such model on a regular GPU device.

As previously mentioned, probability distribution of all other words in the vocabulary needs to be computed to determine what predicted word it would be. When the size of the vocabulary is large, such calculation can be computationally heavy.

The key aspect of LightRNN structure is its innovative method of word representation, namely 2-Component Shared Embedding. All words in the vocabulary is organized into a table with row components and column components. Each pair of element in a row component and a column component is corresponding to a unique word in the vocabulary. For instance, the [math]i^{th}[/math] row and [math]j^{th}[/math] column are the row and column indexes for [math]X_{ij}[/math]. As shown in the following graph, [math]x_{1}[/math] is corresponding to the words “January”. In 2C shared embedding table, it’s indexed by 2 elements: [math]x^{r}_{1}[/math] and [math]x^{c}_{1}[/math] where the subscript indicates which row component and column component this word belongs to. Ideally, words that share similar semantic features should be assigned to the same row or column. The shared embedding word table in Figure 1 serves as a good example: the word “one” and “January” are assigned to the same column, while the word “one” and “two” are allocated to the same row. 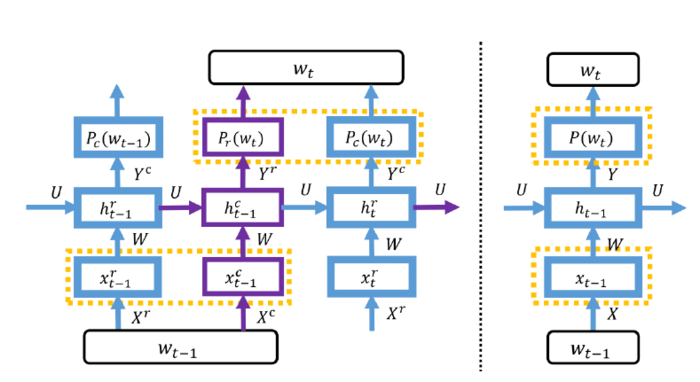 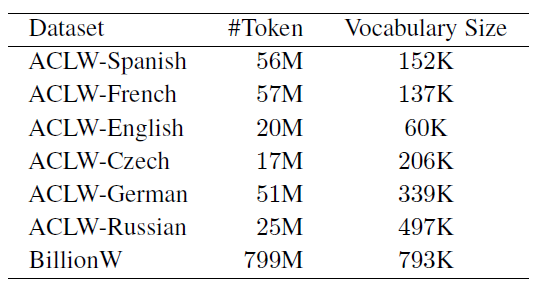 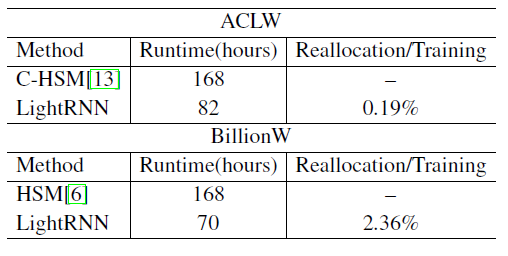