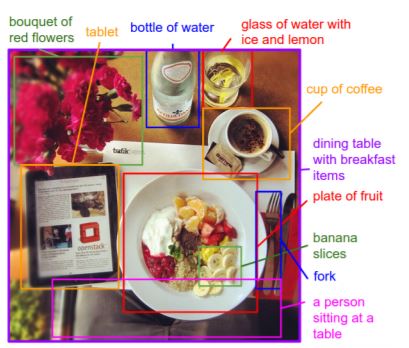 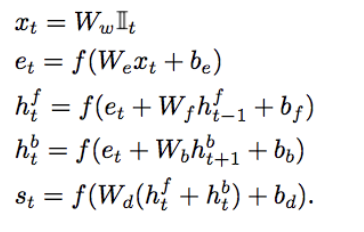 Finally, on the last step when xT represents the last word, the target label is set to a special END token. The cost function is to maximize the log probability assigned to the target labels (i.e. Softmax classifier). RNN at test time. To predict a sentence, we compute the image representation bv, set h0 = 0, x1 to the START vector and compute the distribution over the first word y1. We sample a word from the distribution (or pick the argmax), set its embedding vector as x2, and repeat this process until the END token is generated. In practice we found that beam search (e.g. beam size 7) can improve results.