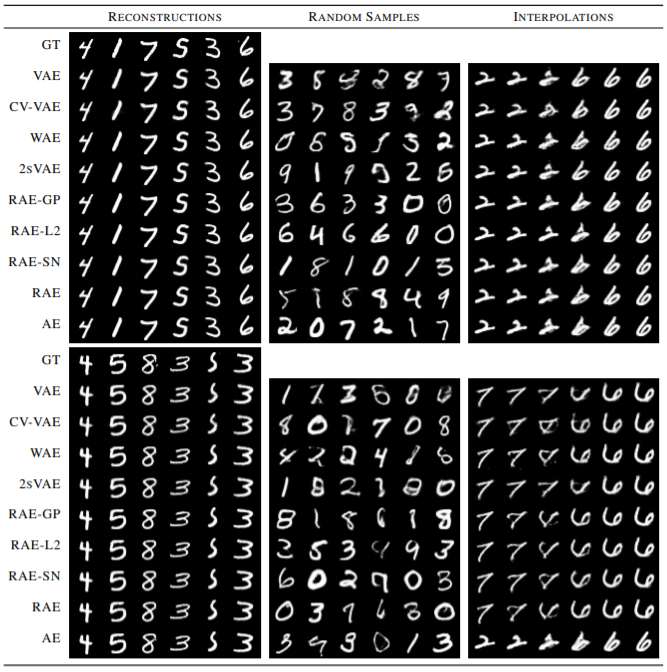 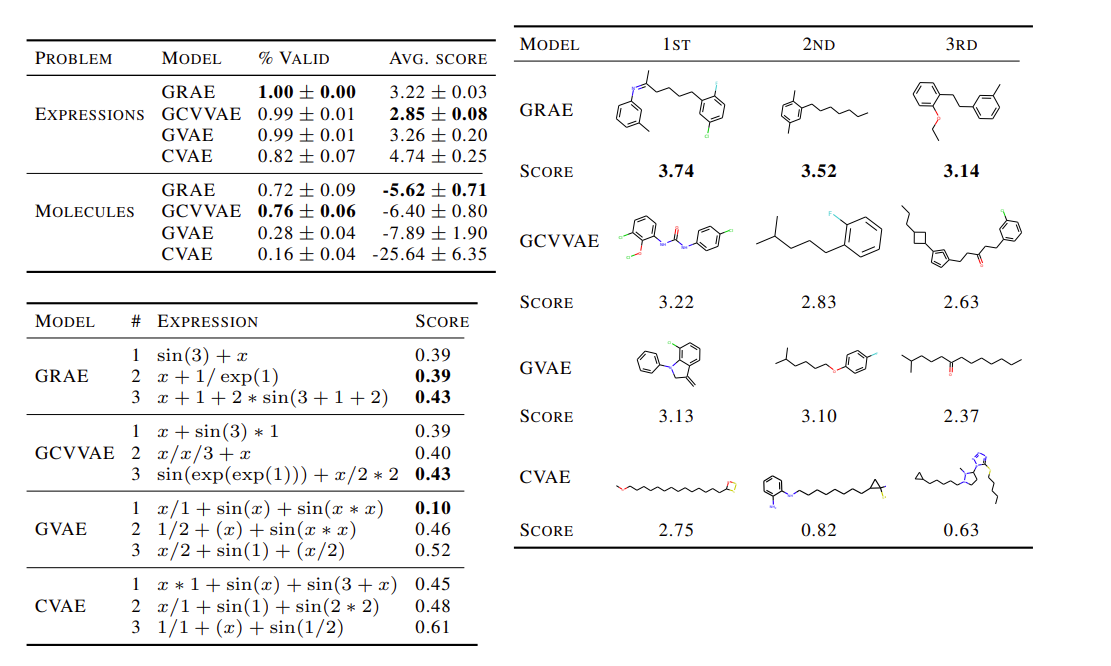 There is empirical evidence to support the sample quality of RAES is comparable to VAE’s. The Authors are inconclusive in determining how the different variants of regularization schemes affect the RAE’s performance as there was much variation between them for datasets. They do note they opted to use the L2 version in the structured objects experiment because it was the simplest to implement. There is also empirical evidence that using the ex-post density estimation when applied to existing VAE frameworks improves their sample quality as seen in the image generation experiment, this offers a plausible way to potentially improve existing VAE architectures. My Overall impression of the paper is they provided substantial evidence that a deterministic autoencoder can learn a latent space that is of comparable or better quality than that of a VAE. Although they observe favourable results for their RAE framework, it's still far from conclusive whether RAE will perform better in all data domains. A future comparison I would be interested in seeing is with VQ-VAE’s in the domain sound generation.