Even though deep reinforcement learning has been hugely successful in a variety of domains, it has not been able to succeed in environments which have sparsely spaced reward signals and encounters a major challenge of long-term credit assignment, where the agent is not able to attribute a reward to an action taken several timesteps back.

Several hierarchical reinforcement learning models were proposed to solve this problem. The options framework [4] considers the problem with a two-level hierarchy, with options being typically learned using sub-goals and ‘pseudo-rewards’ that are provided explicitly. Whereas, the option-critic architecture[1] uses the policy gradient theorem for learning options in an end-to-end fashion. A problem with learning options end-to-end is that they tend to a trivial solution where: (i) only one option is active, which solves the whole task; (ii) a policy-over-options changes options at every step, micro-managing the behavior. The authors state that the option-critic architecture is the only other end-to-end trainable system with sub-policies. A key difference between the authors' approach and the options framework is that the top level (manager) produces a meaningful and explicit goal for the bottom level (worker) to achieve.

The Long short-term memory network is a simple RNN which is often used an a building block of a larger recurrent network. An LSTM network consists of four main components: a cell, an input gate, an output gate, and a forget get. The cell remembers values over arbitrary time intervals. The three gates are often interpreted as artificial neurons as in a MLP neural network. This network was designed to mimic short-term memory which can last for a long period of time. LSTMs are well suited for the classification, processing and prediction of time series given time lags of unknown size and duration. An LSTM structure is used for the Manager in this Reinforcement Learning paper. 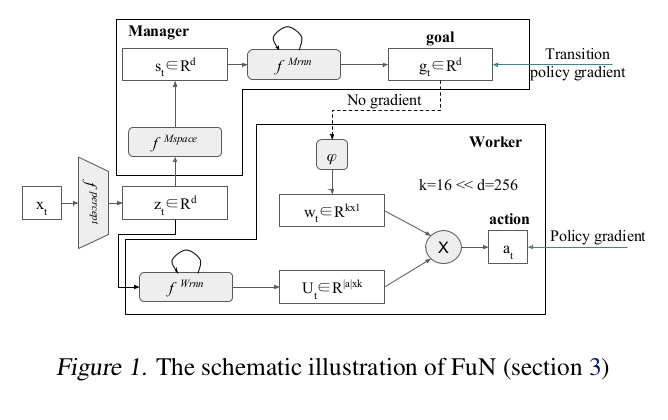 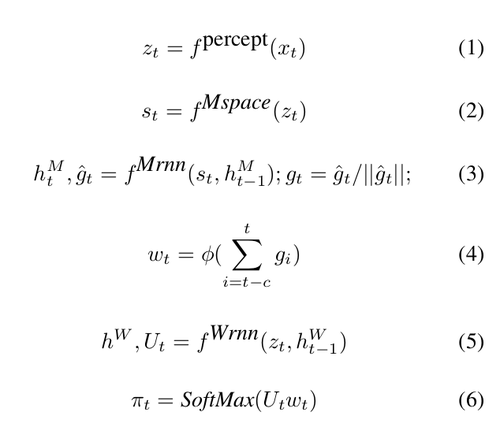 Compared to FRL[3], which advocated concealing the reward from the environment from lower levels of the hierarchy, the Worker in FuN network is trained using an advantage actor-critic[5] to maximise a weighted sum [math]R_t + α R_t^I[/math] , where [math]α[/math] is a hyper-parameter that regulates the influence of the intrinsic reward:

The authors also make note of the fact that the Worker and Manager can have different discount factors $\gamma$ for computing return. This allows the Worker to focus on more immediate rewards while the Manager can make decisions over a longer time horizon. 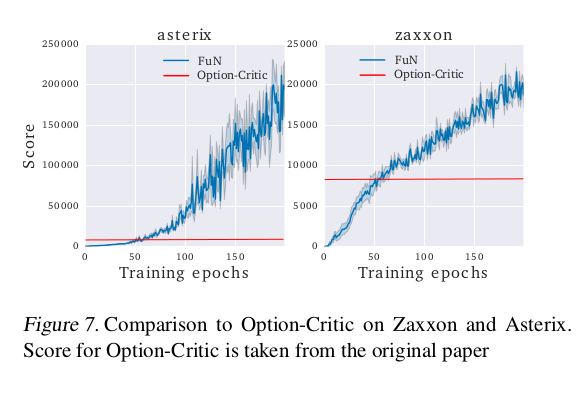 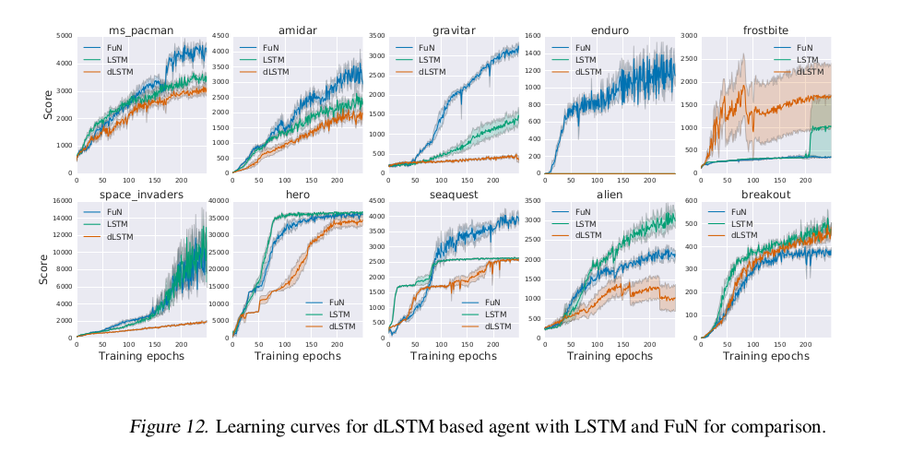 This experiment is to demonstrate the advantage of FeUdal Network, i.e. separating policy and primitive operations. It also implies that the transition policy can be transferred between agents with different embodiment, for example, across agents with different action repeat on ATARI. The figure below shows the corresponding learning curves. The transferred FuN agent (green curve) significantly outperforms every other method.