To address the problem of imitating an expert policy, techniques based on Generative Adversarial Networks (GANs) have been proposed in recent years. GANs use a discriminator to guide the generative model towards producing patterns like those of the expert. This idea was used by (Ho & Ermon, 2016) in their work titled Generative Adversarial Imitation Learning (GAIL) to imitate an expert policy in a model-free setup. A model free setup is the one where the agent cannot make predictions about what the next state and reward will be before it takes each action since the transition function to move from state A to state B is not learned. The disadvantage of GAIL’s model-free approach is that backpropagation required gradient estimation which tends to suffer from high variance, which results in the need for large sample sizes and variance reduction methods. This paper proposed a model-based method (MGAIL) to address these issues by training a policy which is represented by the information propagated from the discriminator to the generator.. 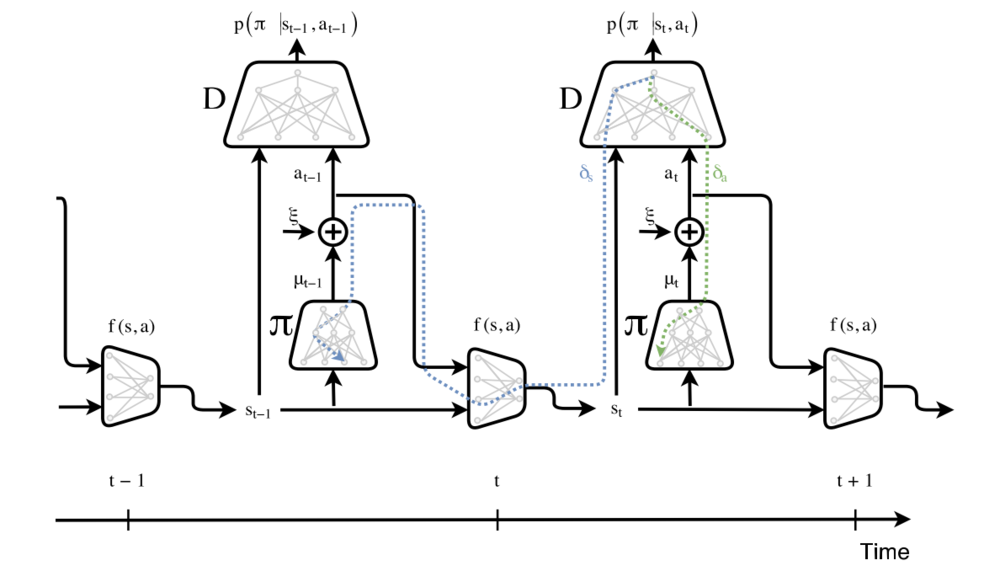 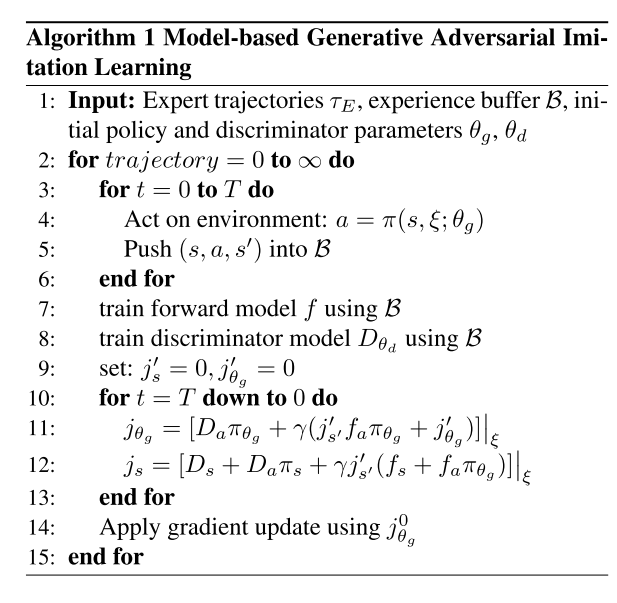 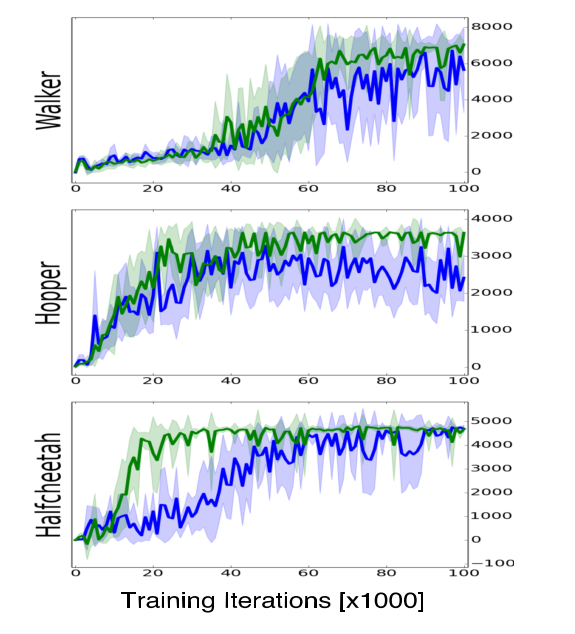 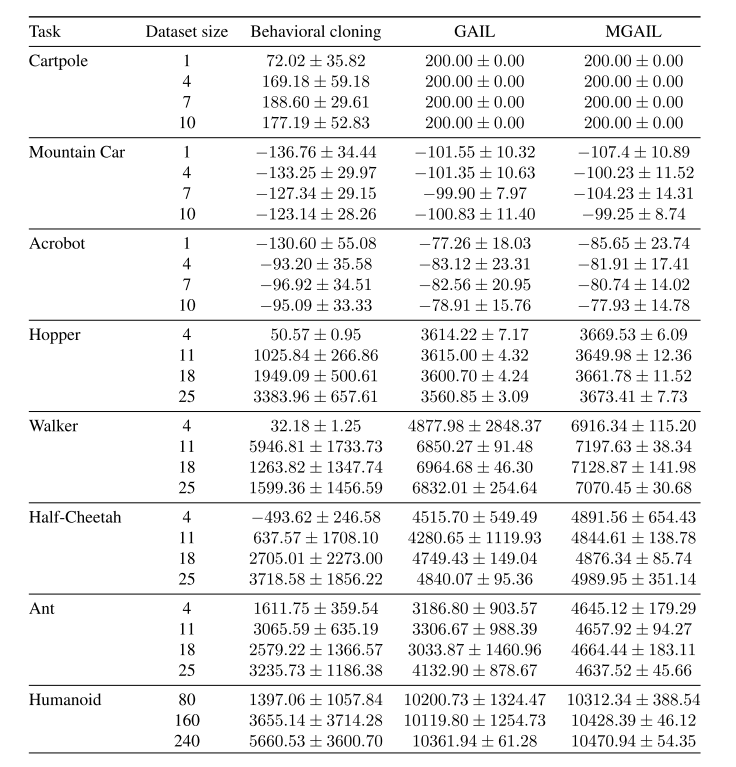