This paper introduces the concept of "capsules" and an approach to implement its concept in neural networks. Capsules are a group of neurons used to represent various properties of an entity/object present in the image, such as pose, deformation, and even the existence of the entity. Instead of the obvious representation of a logistic unit for the probability of existence, the paper explores using the length of the capsule output vector to represent existence, and the orientation to represent other properties of the entity. The paper has the following major contributions:

In the past talk, Hinton tried to explained why max-pooling is the biggest problem in current convolutional network structure, here are some highlights from his talk.

In the second section of this paper, authors give a mathematical representations for two key features in routing algorithm in capsule network, which are squashing and agreement. The general setting for this algorithm is between two arbitrary capsules i and j. Capsule j is assumed to be an arbitrary capsule from the first layer of capsules, and capsule i is an arbitrary capsule from the layer below. The purpose of routing algorithm is generate a vector output for routing decision between capsule j and capsule i. Furthermore, this vector output will be used in the decision for choice of dynamic routing. 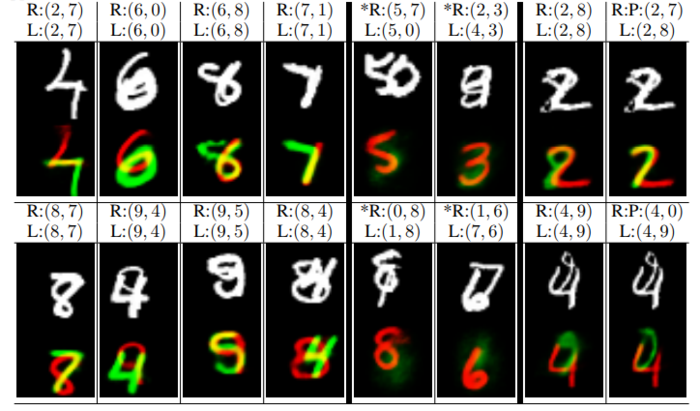