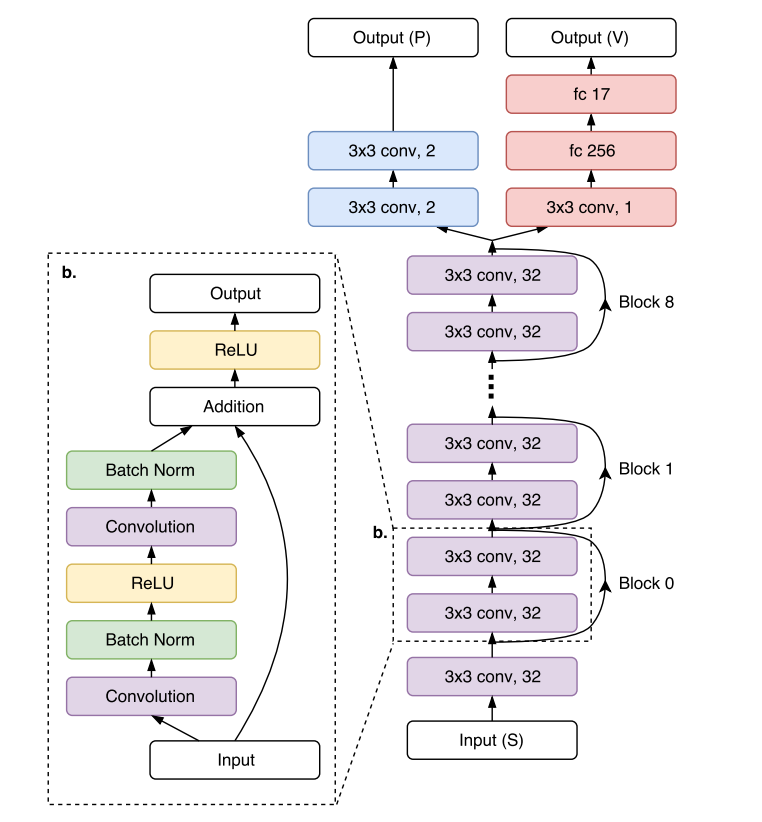 Instead of simulating with a random game playout, the authors use the value network to estimate the likely score associated with a state. This speeds up simulation (assuming the network is well trained), as the game does not actually need to be simulated.

Standard backpropogration is used, updating both the values and number of visits stored in the path of parent nodes.

During supervised training, data is gathered from the program AyumuGAT'16 (TODO: reference). This program is also based on both a MCTS algorithm, and a high-performance AI curling program. 400 000 state-action pairs were generated during this training.

The value network was trained by 'd-depth simulations and bootstrapping of the prediction to handle the high variance in rewards resulting from a sequence of stochastic moves' (quote taken from paper). In this case, m state-action pairs were sampled from the training data. For each pair, (st,at), a state 'd' steps ahead was generated, st+d. This process dealt with uncertainty by considering all actions in this rollout to have no uncertainty, and allowing uncertainty in the last action, at+d-1. The value network is used to predict the value for this state, and the value is used for learning the value at st.

The policy-value network was trained to maximize the similarity of the predicted policy and value, and the actual policy and value from a state. The learning algorithm parameters are:

A multi-task loss function was used. This takes the summation of the cross-entropy losses of each prediction: