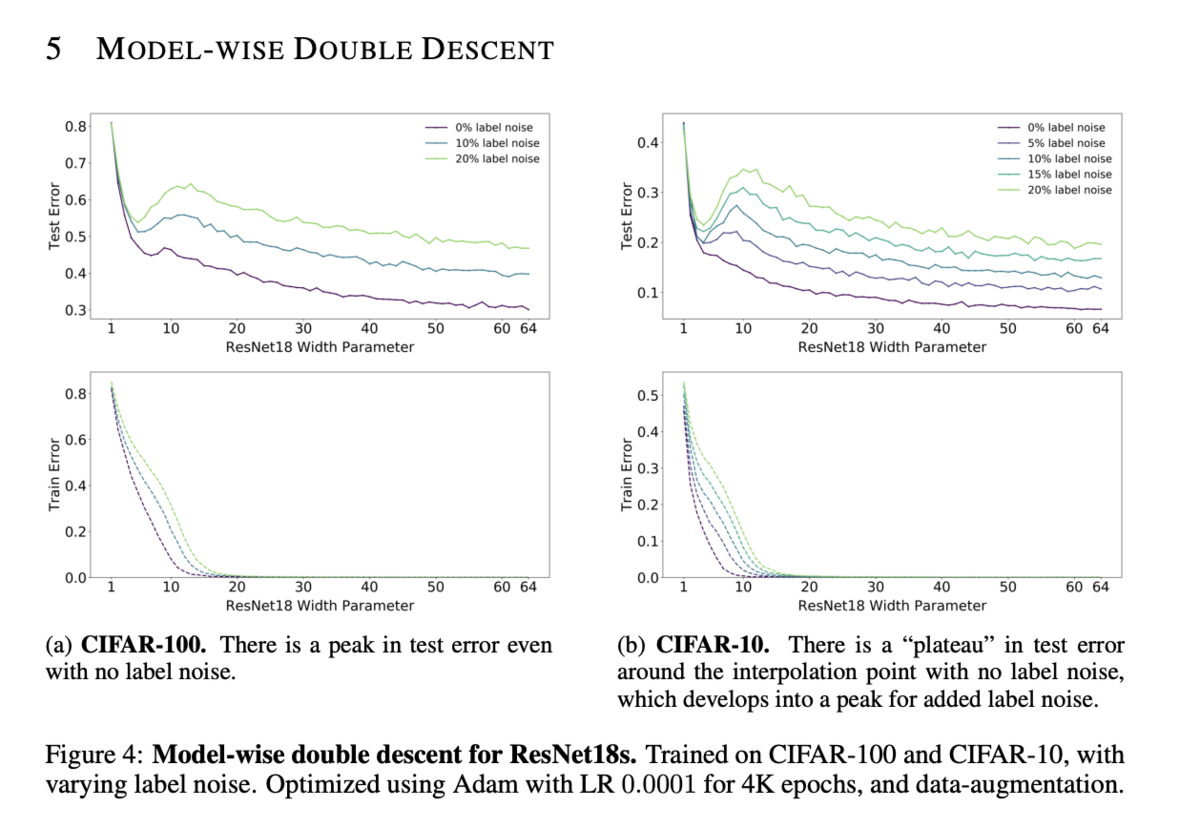 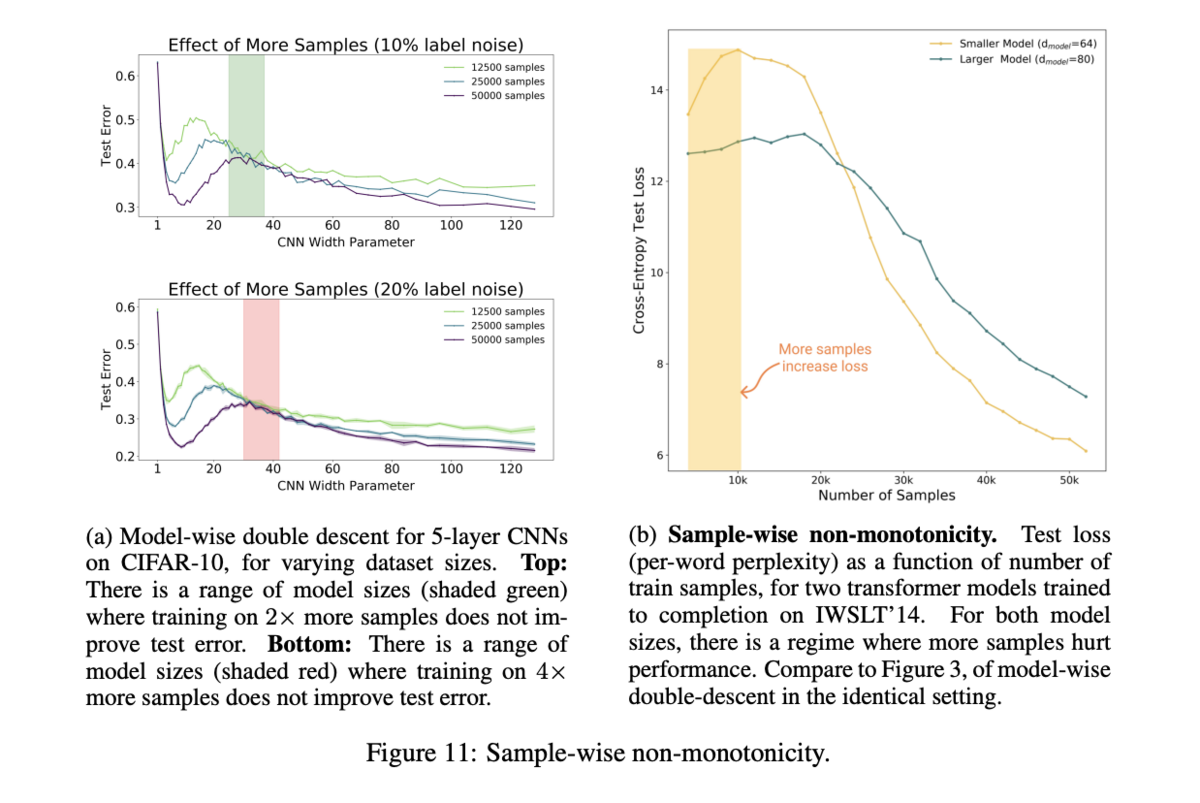 Evidence for the hypothesis was provided in three different settings in deep learning, which show the hypothesis is robust under different choices of model architecture (corresponding to model-wise double descent), data (corresponding to sample-wise non-monotonicity) and training procedures (which corresponds to epoch-wise double descent). In particular, for "model-wise double descent" we saw (see Figure 4) that the testing errors follow the pattern predicted by the authors, the peak in error occurred where [math]EMC \approx n[/math], and increasing label noise moved the critical threshold rightwards. For different training procedures, the "epoch-wise double descent" phenomenon was observed as well (Figure 4). The smaller (characterized by [math]\text{EMC}_{\mathcal{D}, \varepsilon}(\mathcal{T}) \lt \lt n[/math]) model cannot reach a large enough EMC score to exhibit the overfitting behaviour, the medium size ([math]\text{EMC}_{\mathcal{D}, \varepsilon}(\mathcal{T}) \approx n[/math]) has the traditional U-shaped test error curve (agreeing with the classical variance-bias trade off) and the larger model ([math]\text{EMC}_{\mathcal{D}, \varepsilon}(\mathcal{T}) \gt \gt n[/math]) is able to achieve a EMC score that corresponds with declining testing scores (as hypothesized) Lastly, we saw evidence of sample-wise non-monotonicity (see Figure 11) as the test errors decreased for larger datasets and the test error peak corresponded to a shift that was related to the size of the training data (as hypothesized).