As the use of machine intelligence has increased , robustness has become a critical feature to guarantee the reliability of deployed machine-learning systems. However, recent research has shown that existing models are not robust to small , adversarial designed perturbations of the input. Adversarial examples are inputs to Machine Learning models that an attacker has intentionally designed to cause the model to make a mistake.The adversarial examples are not specific to Images , but also Malware, Text Understanding ,Speech. Below example (Goodfellow et. al), a small perturbation when applied to original image of panda, the prediction is changed to gibbon.

Hence an urgent need for approaches/defenses that increase the robustness of learning systems to such adversarial examples. 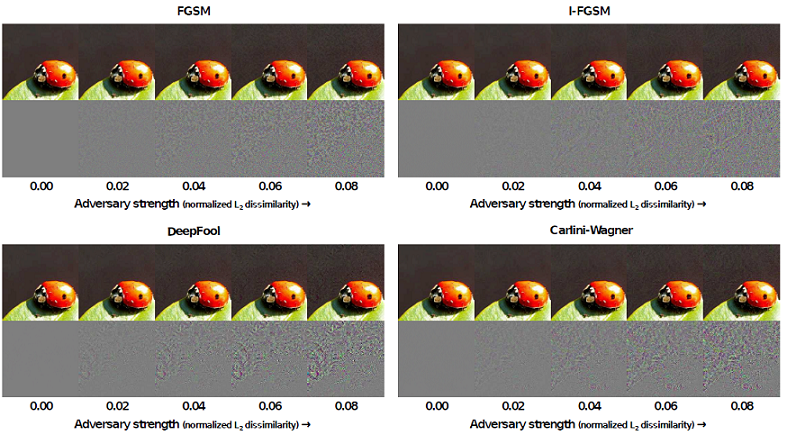 5. Comparison With Prior Work:

Results from the study suggest , there exists a range of image transformations that have the potential to remove adversarial perturbations while preserving the visual content of the image: one merely has to train the convolutional network on images that were transformed in the same way.