Neural networks have been utilized more recently for Text-Classifications and demonstrated very good performances. However, it is slow at both training and testing time, therefore limiting their usage for very large datasets. The motivation for this paper is to determine whether a simpler text classifier which is inexpensive in terms of training and test time can approximate the performance of these more complex neural networks. 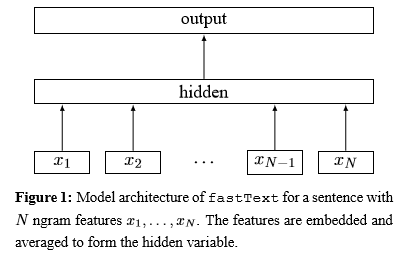 Bag of word is an algorithm for simplifying a text dataset by counting how many times a word appears in a document. The n most frequent words are extracted from the training subset to be used as the “dictionary” for the testing set. This dictionary allow us to compare document for document classification and topic modeling. This is one of the method that the Arthur used for preparing text for input. Each vector of word count is normalized such that all the elements of the vector adds up to one (taking the frequency percentage of the word). If these frequencies exceeds a certain level it will activate nodes in neural network and influence classification. The main weakness of bag of word is that it losses information due to it being single word and invariant to order. We will demonstrate that shortly. Bag of word will also have high error percentage if the training set does not include the entire dictionary of the testing set.

N-gram is another model for simplifying text replication by storing n-local words adjacent to the initial word (or character, N-gram can be character based. Each words in the document is read one at a time just like bag of words, however a certain range of its neighbours will also be scanned as well. This range is known as the n-grams. Compared to bag of words, any N over 1 (noted as Unigram) will contain more information than bag of words. In the picture above, it gives an example of a Unigram (1-gram) which is the absolute simplest possible version of this model. Unigram does not consider previous words and just chooses random words based on how common they are in general. It also shows a Bigram (2-gram), where the previous word is considered. Trigram would consider the previous two words, etc etc. Up to N-grams, where it considers N-1 previous words. The problem with N-gram is that many times local context does not provide any useful predictive clues. For example, if you want the model to learn plural usage of the following sentence: The woman who lives on the fifth floor of the apartment is pretty. The women who lives on the fifth floor of the apartment are pretty. You will need to use 11-th gram and it is very unfeasible for ordinary machines. Which brings us to the next problem, as N increases, the predictive power of the model increases, however the number of parameters required grows exponentially with the number of words prior context.