Automatic Bank Fraud Detection Using Support Vector Machines is a paper written by Djeffal Abdelhamid, Soltani Khaoula, and Ouassaf Atika in 2014. This paper proposes data mining methods to obtain relevant information for various fraudulent activities and the hybridization of supervised and unsupervised algorithms to improve fraud detection. Fraud detection is very important for financial companies and has become increasingly common due to e-commerce. The previous institutional methods such as PINs, passwords and identification systems are no longer sufficient and more susceptible to fraud; thus, requiring a more data-driven approach. In this paper, credit card fraud, money laundering and mortgage fraud are discussed with regards to data mining and for each a support vector machine (SVM) variant is proposed. The data is used to first distinguish between normal and fraudulent activities using binary SVM (supervised learning). In the cases where data to identify fraudulent transactions is not available, a single-class SVM model is used to obtain the decision boundary distinguishing the two. The normal transactions are investigated further to observe strange trends as shown in Figure 1 (unsupervised learning). These methods were then tested on various bank databases to determine how effective they were in detecting fraud. 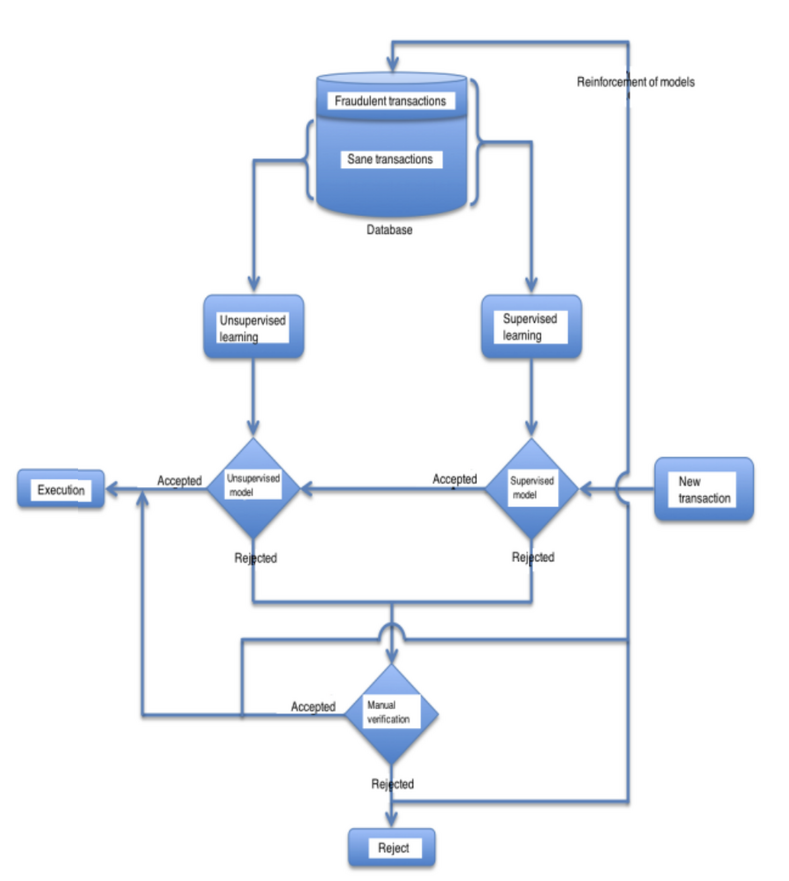 This method results in a higher precision than previous works and using a hybridization method allows to narrow down the datasets that the binary SVM model predicts on. The hybridization technique is also able to be adapted for various types of fraud, such as credit card fraud detection and mortgage fraud detection in which case the abnormal behaviour presents itself differently. However, it is important to note that there is less data that has fraudulent indicators available. In addition to this, there was no clear indication of the distribution of the fraudulent vs. non-fraudulent data. It is likely that these datasets have imbalanced data where the majority of the data is non-fraudulent. Hence, precision would be higher since the model is more likely to predict non-fraudulent data as this is the more common case. In addition to this, the credit score is used to determine precision and measure the efficacy for the hybridization method whereas customer behaviour would be more accurate. Access to more real databases would be ideal and beneficial in determining how successful this proposed method is.