Previous approaches usually involve using various statistical techniques, a widely used one is GATK. However, these methods have their weaknesses as some assumptions simply don't hold (i.e. independence assumptions), and it's hard to generalize them to other sequencing technologies.

This paper aims to solve the problem of calling SNPs and small indels using a convolutional neural net by casting the reads as images and classifying whether or not they contain a mutation. It introduces a variant caller called "DeepVariant", which requires no specialized knowledge, but performs better than previous state-of-art methods. 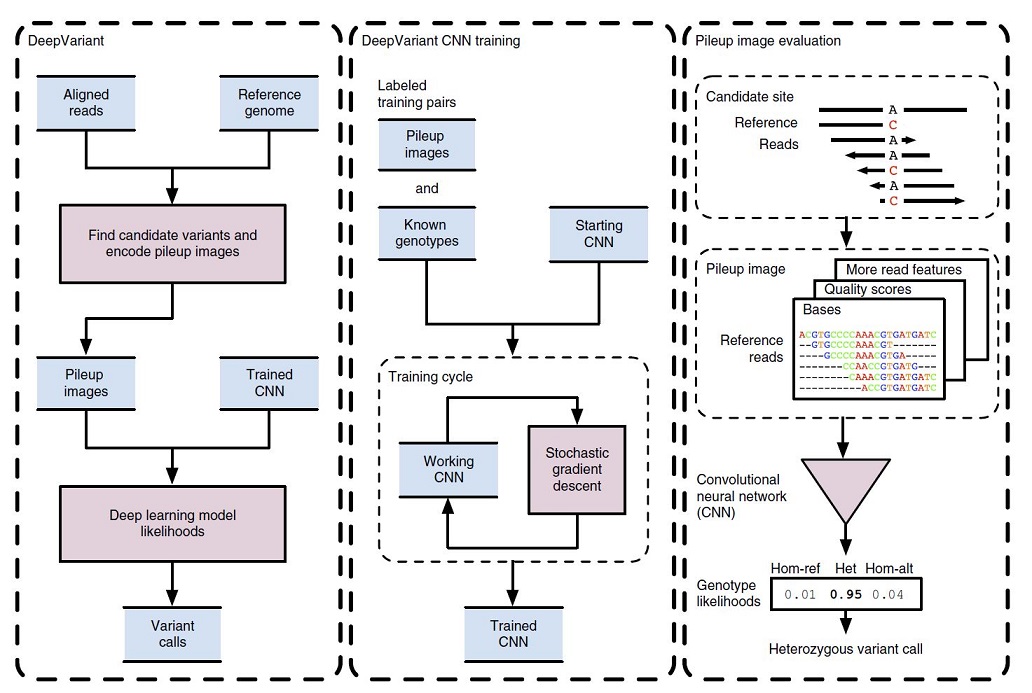 This endeavour to further advance a data-centric approach to understanding the gene sequence illustrate the advantages of deep learning over humans. With billions of DNA base pairs, no humans are able to digest that amount of gene expressions. In the past, computational technique are unfeasible due to the lack in compute power but in the 21st century, it seems that machine learning is the way to go for molecular biology.

4 We probably want more details about how the algorithm was exactly implemented to work for this project. Also, when we are preprocessing the data, if different data have different lengths, shall we add more information or drop some information so they match?

5 Particularly, which package did the researchers use to perform this analysis? Different packages of deep learning can have different accuracy and efficiency while making predictions on this data set.

Further studies on DeepVariant have shown that it is a framework with great potential and sets the standard in the medical genetics field.